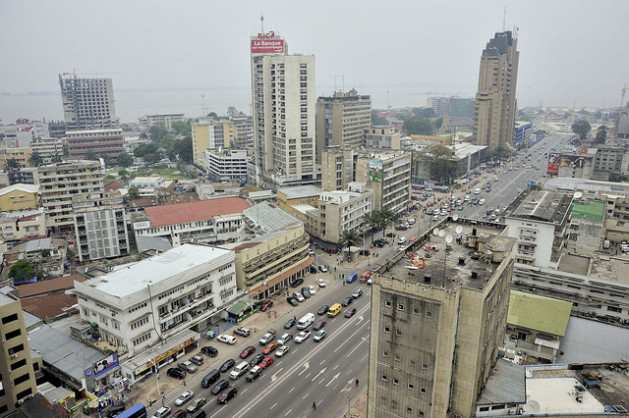 LILONGWE/JOHANNESBURG, Aug 29 2013 (IPS) - The Southern African Development Community has had to revisit its plans to raise funding for its ambitious regional development plan in the wake of a cold-shoulder from western nations and multilateral finance institutions.

“Nobody has come forward to fund any of the projects we have outlined. I have been to Japan, the United States and the United Kingdom, among other countries,” SADC deputy executive secretary for regional integration Joao Samuel Caholo told IPS.

“What is holding us back as SADC is our inability to fund our own priorities and programmes. Therefore, a sustainable funding mechanism has to be established if we are to show that we are committed and progressing.”

However, development experts have questioned whether SADC is sufficiently mature to handle ambitious projects such as the Regional Infrastructure Development Master Plan (RIDMP), which is estimated to cost 500 billion dollars.

The RIDMP aims to rebuild the region’s deficit road, rail and ports infrastructure, increase its power-generation capacity, and establish communication and weather systems. Access to water, and providing the infrastructure for its distribution is also a priority.

“SADC has the potential and we are asking for the goodwill of all member states. Let them put in the seed money,” said the outgoing executive secretary.

The long-awaited SADC Development Fund will be modelled on the European Investment Bank and other regional funding ventures. SADC countries will initially contribute 1.2 billion dollars or 51 percent. The private sector and international partners will contribute the remaining 37 and 12 percent respectively.

Contributions will be over a five-year period starting in 2013 based on a country’s affordability, institutional capacity and other criteria, which Caholo was reluctant to divulge.

“If after five years a country fails to pay its contribution, its shares will be recalled and distributed among the complying states so that the 51 percent shareholding by African states is maintained,” Caholo said.

However, a member state will still be able to access funds for its development projects as outlined in the RIDMP.

Professor Eltie Links, the chairperson of Doing Business in Africa at South Africa’s University of Stellenbosch Business School, told IPS that “SADC as a regional body would have to think about the objectives and the management of a new financing arm.”

“The fact that the region comprises a number of countries with varied levels of development makes it essential that some or other form of assistance be given to economies that are suffering in the development sphere. This, however, can only be afforded if there is sufficient economic and financial muscle in the regional body,” Links said.

He said there was no doubt about the need for more infrastructure development in the region, but development aid channelled through SADC “will always be at the cost of the bilateral support given by these same [donor] countries to the region’s needy countries. This aid funding pool has always been finite.”

He suggested that donors would need to be convinced that SADC is now at a stage where it can handle multi-billion dollar projects.

“SADC’s record as an institution that is well organised and governed has been questioned in the past. To the extent that these perceptions of a body with challenges in governance still persist, it will not get the type of support needed for a project financing arm.

“It will also have to demonstrate the ability to administer and manage such funding and projects; something it has not been able to prove beyond any doubt.”

This view was echoed by the chief executive officer of the Frontier Advisory consultancy, Martyn Davies, who argued that the SADC secretariat should not be the body that seeks to fund projects, and should instead focus on coordinating and bringing projects to the point of bankability.

“SADC, unfortunately, does not do enough in harmonising pursuits towards regional integration, and needs to do more of the basics toward promoting the facilitation of trade and capital flow in the region,” Davies told IPS.

“Donors regularly work with SADC, but the more important engagement should be with big business, and this is currently insufficient. There needs to be greater communication from SADC as to its role and also outreach to and engagement with business in order to better implement these goals.”

Mare told IPS a new funding institution was not needed as “there are already too many others – but SADC can help shape bankable projects and relate them to SADC priorities.”

He added that there was a need for better capacities inside SADC to work on such projects and, especially, a greater need for coordinating mechanisms between all stakeholders at national and regional levels.

He added that while there were many potential projects in Africa, what was missing was driving mechanisms for these projects.

Davies agreed there is no shortage of projects, but suggested “the challenge lies in fostering cooperation between the respective governments and bringing the projects to bankability.”

“I have never seen a good project that cannot get funding when politics is aligned.”