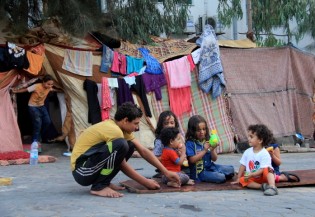 By Mitchell Plitnick
The announcement this week of a new Palestinian unity government was greeted with cautious optimism by most of the world, outside of Israel. In the United States, however, it set off political rumblings that threaten to swell into a storm.

By Jim Lobe
With a shortfall of some 400 million dollars this year, the Palestinian Authority (PA) faces a “deepening fiscal crisis", according to new reports released here Wednesday on the eve of a critical donors’ conference by the World Bank and the International Monetary Fund (IMF).
ADVERTISEMENT ADVERTISEMENT