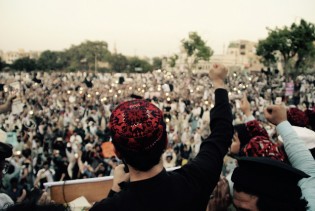 By Ashfaq Yusufzai
The Taliban may have placed a ban on theatre, but women in Pakistan’s northern provinces won’t allow the threat of the militants’ reprisals to keep them off the stage.
ADVERTISEMENT ADVERTISEMENT