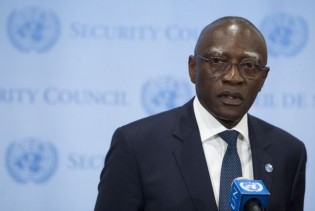 By Soumaila T. Diarra
Soldiers belonging to the African-led International Support Mission to Mali continue to stream into this West African nation, as several hundred troops have already been deployed to secure towns across the country.
ADVERTISEMENT ADVERTISEMENT