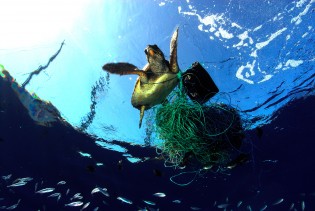 By Catherine Wilson
Climate activist Wanita Limpus, from the low-lying island nation of Kiribati in the Central Pacific Ocean, says the outcome of the Rio+20 Earth Summit held in Rio de Janeiro in June was a serious letdown for small, developing island states.

By Stephen Leahy
The world's smallest island nations wield more power than their sizes would suggest, with millions of square kilometres in their domains, said leaders of Pacific Island nations gathered at a special forum here in the Cook Islands.
ADVERTISEMENT ADVERTISEMENT