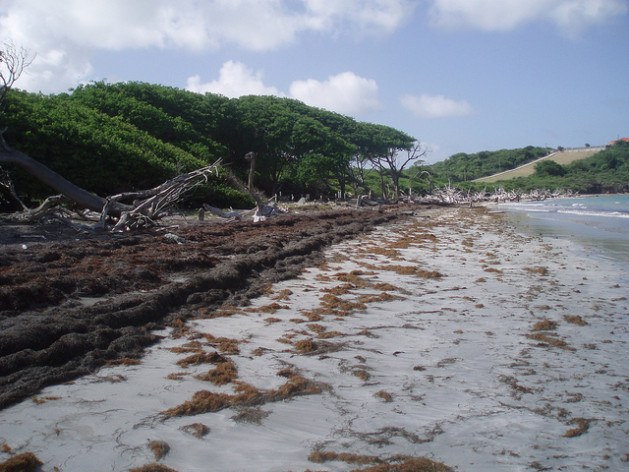 BRUSSELS, Dec 12 2013 (IPS) - As president of the Council of Ministers of the African, Caribbean and Pacific states, Samoa’s Prime Minister Tuilaepa Lupesoliai Sailele Malielegaoi had the perfect forum to voice his concerns about the effects climate change has had on his island nation.

Malielegaoi, who chaired a two-day ministerial conference in Brussels, which ended Wednesday, Dec. 11, said that climate change was responsible for the frequency of natural disasters that have befallen Samoa in recent years.

“This is the view shared by most, although sadly we are still waiting for a concerted global response that would at least halt climate change,” he told delegates. Samoa will host the United Nations Conference on Small Island Developing States (SIDS) in 2014.

He said that the extreme danger climate change, ocean acidification and environmental degradation posed to the world could be overstated, adding that “the consequences of this to our island states and all our ACP membership would be devastating” as some observers think “the very existence of low-lying island countries could be in jeopardy.”

Malielegaoi said that assistance from partners such as the European Union (EU) was urgently needed by all ACP countries to support efforts to develop climate resilience through mitigation and adaptation measures “if the sustainability of our development efforts and long-term prospects are to have any meaning.”

Jamaica’s ambassador to the ACP, Vilma Kathleen McNish, told IPS that the Caribbean has had to deal with the impact of climate change and it was “obviously a huge challenge.”

“For some of us … it is existential. We rely so much on our coastline in terms of tourism, which is one of our major economic livelihoods,” she said.

She said that the impact of climate change was evident in the Caribbean with sea levels rising and the resultant depletion of fish stocks. There were also increased occurrences of hurricanes. She said that this disrupted the economy of the Caribbean and the livelihoods of its people.

“So for us, climate change at the individual and regional level is a major challenge.” 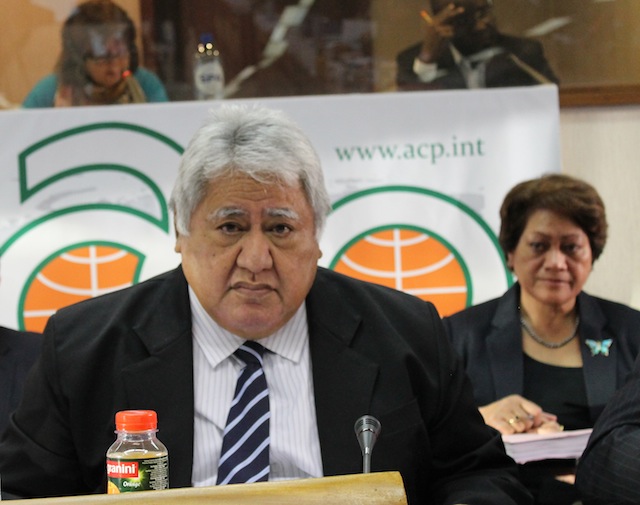 She said that the SIDS summit in Samoa would be critical for the Caribbean and other developing countries because it would look not only at climate change but at various issues that affect small island developing states leading up to the post 2015 development agenda.

“Most countries in the region [Caribbean] are now putting in place policies geared towards adaptation and mitigation. We still believe, however, that the international community has a responsibility to support our countries in our development,” McNish said.

South Africa’s ambassador Mxolisi Nkosi told IPS that the ACP’s engagement with the EU on this and other matters should be based on the principle of equality, non-conditionality, non-interference and mutual benefit.

“We should call on the international community to commit to limiting a global temperature rise to below two degrees Celsius in a legal instrument, and agree to a common global goal on adaptation as a way to recognise that, despite its local and context specific needs, adaptation is a global responsibility,” Nkosi said.

Malielegaoi said that Samoa, like other SIDS, remained highly vulnerable to the impacts of climate change and environmental degradation.

In the 1990s the Pacific Island nation suffered two devastating cyclones that wiped off industries and businesses that contributed 50 percent of GDP. Malielegoa said this devastation reversed “economic progress by more than a decade”.

In September 2009, the island was struck by a deadly tsunami that killed more than 140 people and left thousands homeless. In December 2012, another cyclone struck, killing people and wreaking havoc on the infrastructure and the economy.

“For a small island country with a small population, the losses and setbacks from these natural disasters are hardly bearable,” Malielegaoi told IPS.

He said while he was grateful to the EU and other developmental partners for coming to the aid of the island, “Samoa’s experience is repeated in all our Pacific Island countries and, I am sure, right across the ACP membership.”

The 79-member grouping said adaptation to climate change and mobilising funding from a variety of sources were immediate and urgent priorities for ACP member states that should be addressed in a comprehensive manner at the global level with the same level of priority as mitigation.