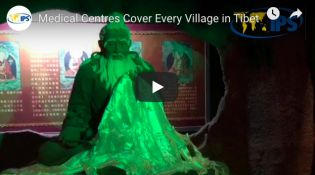 By IPS Correspondents
MCRS, a government-approved community station, is one of a handful of localised radio stations providing China’s minorities with news and entertainment in their native languages. Presently, local state-run stations serve five out of 46 ethnic minorities and all programming is approved by the state.
ADVERTISEMENT ADVERTISEMENT