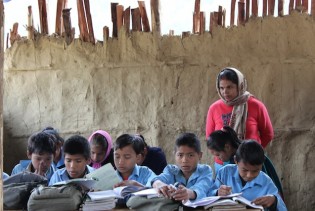 By Ashfaq Yusufzai
Ajab Gul is haunted by bloody scenes. He hears women crying and children screaming. “I can’t sleep,” says the 25-year-old health worker at a well-known Pakistani hospital in the frontier city that tends to terror victims.
ADVERTISEMENT ADVERTISEMENT