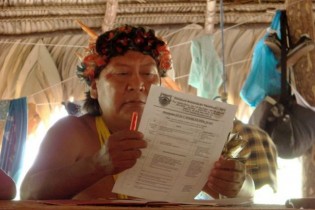 By Clarinha Glock
Healthcare for Brazil’s indigenous minority is in poor health, according to U.N. experts, missionaries, social workers and native people themselves.
ADVERTISEMENT ADVERTISEMENT