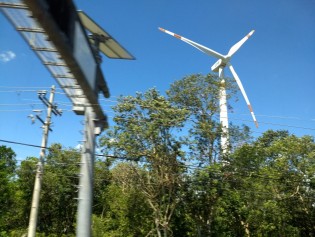 By Emilio Godoy
"I couldn't plant my cornfield in May, because it rained too early. I lost everything," lamented Marcos Canté, an indigenous farmer, as he recounted the ravages that climate change is wreaking on this municipality on Mexico's Caribbean coast.

By Emilio Godoy
The residents of San Crisanto, a small communal village nestled in an idyllic setting in the southeastern Mexican state of Yucatán, have learned that valuing and protecting natural resources can generate employment and income.
ADVERTISEMENT ADVERTISEMENT