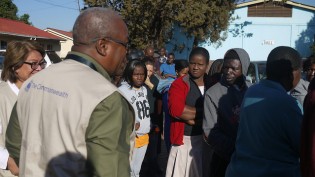 By Busani Bafana
Many in Zimbabwe are questioning whether the country can break with its horrid past or embrace a new future after a watershed election that saw Emmerson Mnangagwa win the presidential race by a narrow margin and the opposition lodge a formal petition challenging the results in the Constitutional Court.