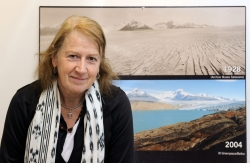 Tens of thousands of Chileans have joined in protests against a bill that will affect six national parks, 11 national reserves, 26 priority conservation sites, 16 wetlands and 32 private protected areas in Patagonia and seven other regions, according to its opponents.

On May 9, the Environmental Assessment Committee of the southern region of Aysén approved the HidroAysén megaproject, a Spanish-Italian-Chilean joint venture involving the construction of five hydroelectric plants in Patagonia. The 2,750 megawatts of electricity produced by the plants will be transmitted along power lines that will cut through eight regions.

Protests were stepped up in a number of cities, including the capital, Santiago, where as many as 80,000 people took to the streets on Friday May 20 and faced a harsh crackdown by the Carabineros militarised police, who fired on them with tear gas and water cannons.

Some 50,000 people demonstrated on Saturday in the port city of Valparaíso, 120 km north of the capital, and tens of thousands of protesters took to the streets in 26 other cities.

The government of right-wing President Sebastián Piñera supports the project, citing the need to double power production in the coming years in order to maintain estimated GDP growth of six percent annually.

But despite the green light given to the project, Sara Larraín, who was arrested and suffered police brutality during the protests, declares that the battle “is just beginning.”

Q: Why has the approval of the HidroAysén project sparked so much opposition? A: It affects the heart of Chilean Patagonia, one of Chile’s most important heritage areas, with five power plants that will generate 2,700 megawatts of electricity and carry it along 2,000 kilometers of power lines straight to Santiago and the mining operations in the Atacama region.

It think it is largely a matter of trying to clean up the country’s image for the international community.

Q: The government argues that the project approval respected environmental legislation. Why do you maintain that there were irregularities in the process? A: In the HidroAysén environmental assessment process, the procedure through which the authorities grant sectoral permits for projects, numerous irregularities have been committed since 2008.

First, a project for which there was no baseline information was submitted to the process. There were 2,000 observations from public agencies and 11,000 from citizen participation. A least four documents from government services were changed weeks before the vote.

The regional secretary of the Ministry of Environment was forced to resign, because he obviously couldn’t endorse a procedure like this. Four public officials who were supposed to vote had to disqualify themselves because of company-related conflicts of interest.

In addition, the observations made through citizen participation were not taken into account in the assessment. And on the morning of the day of the vote, Interior Minister Rodrigo Hinzpeter declared that this project should be approved.

So there are a whole series of irregularities that imply a violation of the rule of law, of the way transparent procedures should be carried out in Chile.

And this represents the failure of environmental institutionality, which has just been reformed through the creation of a ministry, a superintendency and an independent environmental assessment service, which demonstrated with this project that it is not independent.

Q: How does HidroAysén impact the Chilean energy market and the need to expand the energy mix? A: This project is based on the monopoly on water rights held by Endesa Italy and Colbún (a former state-owned company that was privatised in 1997 and acquired in 2005 by the Chilean Matte Group).

On the basis of the rights they obtained under the Water Code established by the military regime (1973-1990) they are flooding two rivers in Patagonia: the Pascua and Baker Rivers.

In the meantime, since both companies already control a majority share of the central electrical power grid system, through HidroAysén they will come to control between 70 and 90 percent of electricity generation. This constitutes a private duopoly that cuts off access to the market for other actors who want to participate with other sources of energy.

Added to this, there are a series of campaign promises made by Piñera, such as raising the share of renewable energies to 20 percent by 2020, which are not being kept. The government is not funding a single project aimed at this goal. The result of all this is quite simply a credibility crisis for institutionality and Piñera.