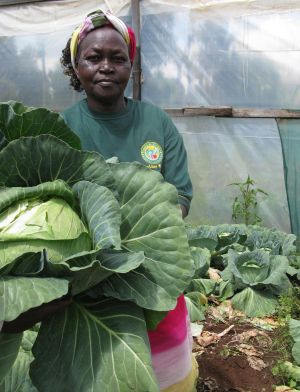 Ruth Muriuki in the greenhouse she built with the help of a microloan. Credit: Isaiah Esipisu/IPS

“In my entire life, I was not able to raise the amount of money that could be used to put up such a project. But thanks to microfinance institutions which have the interests of women at heart, I have become an independent entrepreneur in my old age,” said Muriuki.