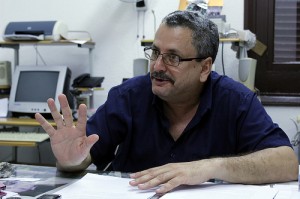 Pichs, who is deputy director of the Centre for the Study of the World Economy and the author of books and articles on climate change and its impact on development, warns in this interview with IPS that the environmental vulnerability of this sub-region is aggravated by the fragility of its economies.

Q: What are the main environmental challenges faced by Cuba and the rest of the Caribbean region?

A: There are a number of common challenges, including a propensity for extreme events such as hurricanes, drought, water stress, pollution, loss of biodiversity and rising sea levels, which seriously endanger the lowest-lying coastal areas.

We also should take into account that Caribbean island states especially are extraordinarily dependent on the large markets of industrialised countries. Generally, they are food and oil importers, and they have been very much affected by the sharp increase in prices for these strategic products.

Most of these islands make a living from tourism, with facilities that are preferably near the shore and that endure the impact of hurricanes and flooding, especially if they are in low-lying areas.

We should also mention the bleaching of coral reefs, an important Caribbean resource that is being harmed by the impact of high temperatures. 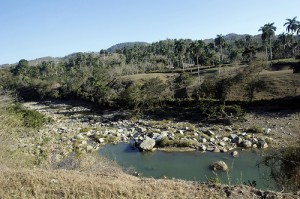 Q: In that context, what joint adaptation strategies are the most advisable?

A: A number of actions are underway. For example, capacities are being created for responding to many of these climate phenomena that tend to be increasingly intense and devastating. Cuba has given important support to national response teams, not just in the Caribbean, but also in Central and South America.

We need to keep working in those areas. We should also include initiatives that are being carried out as part of the Bolivarian Alliance for the Peoples of Our America bloc, which seek to bolster sectors like education and health, both of them strategic for sustainable social development and adaptation to climate change.

Moreover, there is a need for adaptation actions in other key areas, such as agriculture, tourism, water supply and the protection of coastlines and human settlements.

Early warning systems are very important, and Cuba’s experience in this realm can be very useful; that is, a strategy for responding to extreme events such as hurricanes, where the integration of a country’s main institutions is essential. 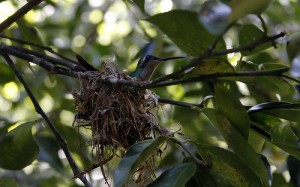 Protecting biodiversity in the Caribbean, a challenge shared by the entire region. Credit: Jorge Luis Baños/IPS

Q: What should be taken into account when designing these adaptation programmes?

A: There are three levels of analysis: national efforts, regional integration and international cooperation. In the first case, a lot of work and progress are needed to integrate the economic, social and environmental aspects as part of strategies for sustainable development.

In this sense, for decision makers, it would be fundamental to chart socioeconomic and environmental scenarios in different circumstances, with the goal of using that as a basis for designing the policy options that would be most convenient according to the priorities and interests of those countries.

When I refer to scenarios, I am not talking about making predictions, but about thinking about the possible trajectories of what could happen, and depending on that, deciding to act in one direction or another.

These national efforts would necessarily have to be complemented with processes of sub-regional integration, such as the Caribbean Community, CARICOM, and regional processes, via the recently-created Community of Latin American and Caribbean States.

Q: You mentioned international cooperation as a third element. What is its role?

A: It is a key element of strategies for responding to global environmental challenges, especially when taking into account the large gaps in equality that exist in today’s world. However, that collaboration must, in the first place, take into account the priorities and interests of sustainable development in recipient countries.

Secondly, it should be directed at creating endogenous capacities in countries that receive this cooperation; that is, when the cooperation is withdrawn, the conditions should be created for those projects to be sustainable. Lastly, the aid provided should contribute to integrating national efforts, instead of fragmenting them.

Q: What are the responsibilities of civil society and its organisations, especially in concrete projects for adapting to climate change?

A: Any project for adapting to climate change or other environmental challenges will be more successful when the communities where they are carried out have an adequate level of awareness about the problems they face. Citizen participation is fundamental in this process.

A number of elements interact in this capacity for response, including financial, technological and human resources; institutional networks; government and political will, and the presence of social organisations as active subjects in these processes. (END)