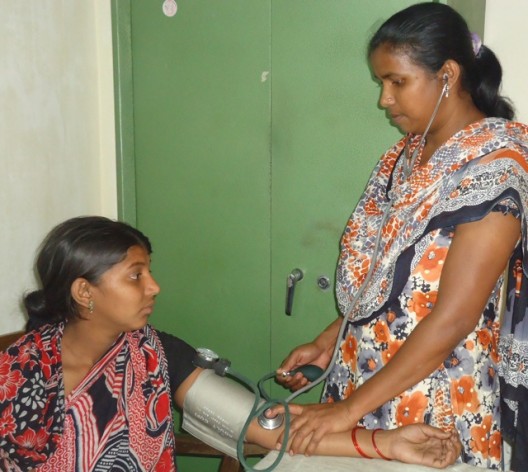 DHAKA, Jun 3 2012 (IPS) - Bangladesh has shown low HIV prevalence rates so far but may be silently moving towards an epidemic, say experts pointing to underreporting and poor monitoring for the virus in the general population.

Just 2,533 people are presently known to be carrying HIV – which causes acquired immune deficiency syndrome (AIDS) – within a population of 160 million people.

While the report, based on a sampling of 2,894 individuals from 36 geographical areas, showed overall prevalence of HIV at 0.7 percent, there was a three percent prevalence of active syphilis, suggesting high rates of sexually transmitted diseases (STDs).

However, low HIV prevalence, even among sex workers, has kept Bangladesh on track to achieving the United Nations millennium development goal that calls for halting of HIV transmission by 2015.

Professionals and volunteers working in the HIV/AIDS field say there is no room for complacency and that Bangladesh may well be on the brink of an epidemic, going by continuing high levels of STDs alone.

Other worrisome factors include increasing numbers of IDUs, floating CSWs, low condom use, large numbers of young migrant workers and a porous border with India, a country with 2.4 million of HIV carriers.

Bangladesh is also situated in close proximity to Myanmar (or Burma) which has high HIV prevalence, and Nepal which has a concentrated HIV epidemic among its IDUs.

Leo Kenny, UNAIDS coordinator in Bangladesh, told IPS, “We believe that the low prevalence in Bangladesh is largely due to early and timely intervention. For instance, the government managed to restrict transmission of HIV from an epidemic among the IDUs.”

“We started early, forming the National AIDS Committee (NAC) which quickly engaged NGOs and media at the grassroots in late 1990s which apparently helped build an understanding of HIV/AIDS,” Waheed said.

Other experts, however, argue that there is significant underreporting of cases because of the country’s limited voluntary testing and counselling capacity and because of social stigma surrounding HIV/AIDS.

“Low prevalence or low detection is a dilemma and shall remain a dilemma until it turns into an epidemic,” says Dr. Halida Khandaker, chief of Confidential Approach to AIDS Prevention (CAAP), a leading NGO. She believes that high STD rates are a warning that cannot be ignored.

Dr. Amzad Ali, executive director of the HIV/AIDS and STD Alliance Bangladesh or HASAB, told IPS, “The low figures that NASP tells everyone are from incidental, voluntarily reported cases. Many cases are actually not reported.”

Pointing to Bangladesh’s porous border with India and the movement of large numbers of young migrant workers across it, Ali said there is “every possibility that HIV transmission in the general population is higher than reported.”

Habiba Akhter, executive director of the Ashar Alo Society, a leading NGO that offers care and support for people living with HIV/AIDS, told IPS that she “strongly believes that the virus has already found a significant number of hosts in the general population.

“The intervention they talk about is confined to high risk groups. What about the housewives? What about school children? Returning migrant workers and the brothel-based sex workers (across the borders in India) are completely ignored,” she said.

In central Dhaka, HIV prevalence rates among IDUs jumped from 1.4 percent to 4 percent, then to 8.9 percent over a period of three years. The June 2011 sero-surveillance report said: “Dhaka in general appears to be vulnerable to an HIV epidemic as most cases were detected here.”

One concern is the significant number of IDUs in the country who sell their blood in private clinics and district hospitals. There is no monitoring on the illegal blood-transfusion trade.

The Christian Commission for Development in Bangladesh (CCDB), an NGO that has been working on social aspects of HIV/AIDS, believes that social and religious values can no longer protect Bangladesh from HIV transmission in the general population.

Imran Kibria, coordinator of CCDB, told IPS, “We believe that social and cultural behaviours, religious norms and practices are not static; these have been changing over time and highly influenced by intrusion of alien cultures.

“Movement of people in and out of the country has increased significantly; conservative values that people once practiced are now weakening. All these factors point to a highly vulnerable situation which cannot be controlled by the government.”

High rates of STDs, including syphilis, suggest risky sexual behaviour that can facilitate the spread of the HIV infection, experts say.

A national baseline survey conducted among young people aged 15-24 years and published in 2006, suggested that STD burden could be as high as 25 percent among males and 21 percent among females in that age group.

The same survey, conducted by the International Centre for Diarrhoeal Disease Research, Bangladesh, showed higher prevalence of STDs among married women in comparison with unmarried women, due to risky behaviour of their spouses.