Health Warnings Loud and Clear on Cigarettes in Argentina 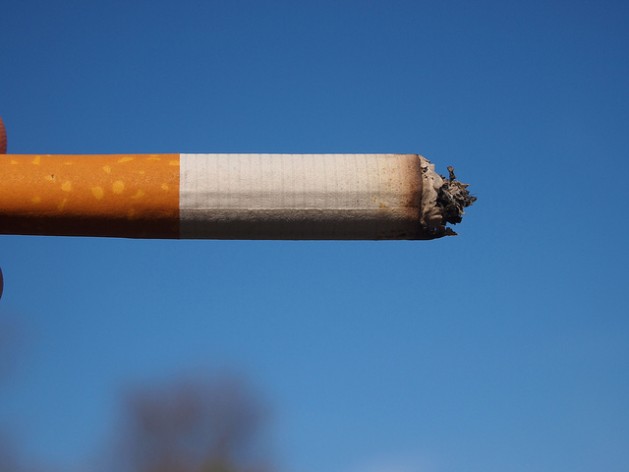 BUENOS AIRES, Jun 12 2012 (IPS) - This month, Argentina will join the growing list of Latin American countries that compel tobacco companies to display health warnings about the dangers of smoking on cigarette packs, illustrated with graphic images.

The country is one of six in Latin America and the Caribbean that have not yet ratified the World Health Organisation’s (WHO) Framework Convention on Tobacco Control, but a national law enacted Jun. 13, 2011 provides a route to smoking prevention.

The law stipulates that from now on, cigarette packs must display a health warning message on the lower half of the front or back of the pack, and a picture of the same size illustrating smoking harm on the other side.

Along one of the edges of the pack, the Health Ministry also ordered the display of the free telephone number of one of its departments that will advise people on therapeutic approaches for quitting smoking.

This is a great improvement on the current timid warning, introduced in 1986, reading “Smoking is detrimental to health”. From now on the messages will be more specific, saying for example: “Smoking causes cancer”, or “Smoking causes heart disease and respiratory illnesses”.

“Health warnings, together with smoke-free areas and a ban on tobacco advertising, are measures that, if properly implemented, have a large impact,” Dr. Marita Pizarro told IPS.

Pizarro is the national coordinator of the Smoke-Free Alliance of Argentina (ALIAR), a grouping of close to 100 associations working to promote anti-smoking regulations in order to protect human health and the environment.

According to ALIAR, one person dies every 12 minutes in Argentina from a preventable illness attributable to tobacco consumption, a phenomenon that particularly affects “men and women living in poverty, who leave their families completely unprotected.”

Pizarro said Argentina has made “significant advances” on the issue, but stressed that nevertheless, “we are still concerned that the detailed regulations for the law have not been issued, which means there are no bodies to monitor and enforce, for instance, the smoke-free environments.”

She recalled that the new law will also define “points of sale”, the only places where tobacco advertising will be allowed.

The legislation, whose official name is Law 26687 on Advertising, Promotion and Consumption of Tobacco Products, is currently in the process of being adapted locally in the country’s 23 provinces, and has only been fully adopted in half of them, while the rest are drawing up adaptive regulations.

But the Argentine capital and 10 provinces have declared themselves smoke-free zones, and have forbidden smoking in enclosed public spaces.

Moreover, the cigarette packs with the new text and pictorial warnings will become compulsory nationwide. “Someone who smokes 20 cigarettes a day will read the warnings 20 times a day, and illiterate people will see and learn from the photographs,” Pizarro said.

The study, by Argentine researcher Dr. Ernesto Sebrié at the Roswell Park Cancer Institute in the United States, was published in April in the journal Salud Pública de México and gives an overview of the regional situation.

Uruguay requires the largest surface space on packs to be devoted to the warning and picture: 80 percent of each side, the highest proportion in the world, according to Sebrié.

The law in Uruguay was pushed through by the government of former president Tabaré Vázquez (2005-2010), a distinguished oncologist, and also adopted the legend “Toxic Product” and the image of a skull and crossbones on the packs.

Another six countries have approved laws to incorporate text and pictorial warnings on packs. Of these, Argentina is the first to put the measures into effect, while the rest are still at an earlier stage of the process. The study says the WHO Framework Convention on Tobacco Control, adopted in 2005, has been ratified by the majority of countries in the region, except for Argentina, Cuba, the Dominican Republic, El Salvador, Haiti and St. Vincent and the Grenadines.

In accordance with the obligations imposed under the convention, 33 countries in the region adopted warnings on cigarette packs, although most were only text warnings, and not all the countries required them to appear on the front and back of the pack.

However, they did all ban misleading information about smoking, as well as “brand descriptors” on the pack, such as “light”, “mild” or “low tar”, that seek to play down the harm cigarettes do.

According to Pizarro, a recent study carried out in Brazil showed that 76 percent of respondents agreed with the use of graphic images, and 67 percent of smokers said they planned to give up, after picture warnings came into use.

The survey also indicated that 50 percent of interviewees said they had changed their mind about the harm smoking could do to their health.