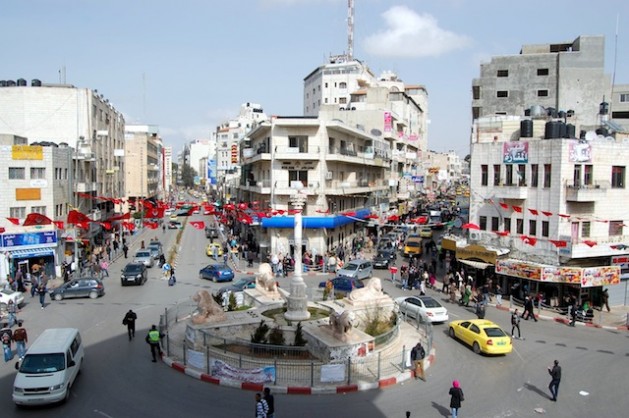 RAMALLAH, West Bank, Aug 5 2012 (IPS) - “It will collapse, and the collapse will be harder when it happens later,” says Tareq Sadeq, Palestinian economist and professor at Birzeit University, about the financial bubble building up in the Palestinian Authority government.

The Palestinian Authority (PA) has announced it is facing a funding crisis; it is now relying on donor aid to cover a budget deficit of 1.1 billion dollars and cash shortfall of 500 million dollars.

“The whole economy is constrained to financial aid from international donors, which created more vulnerability in the Palestinian economy,” Sadeq says.

Palestinian Prime Minister Salam Fayyad has nevertheless pushed economic development and investments in the private sector as a means to secure Palestinian independence. To date, most international economic bodies and foreign governments have praised Fayyad’s approach, pointing to Palestinian gross domestic product (GDP) growth rates as a measure of its success.

But a World Bank report released Jul. 25 found that the Palestinian economy is unsustainable.

“The Palestinian Authority has made steady progress in many areas towards establishing the institutions required by a future state but the economy is currently not strong enough to support such a state,” economist John Nasir, lead author of the study titled ‘Towards Economic Sustainability of a Future Palestinian State: Promoting Private Sector-Led Growth’ said in a statement announcing the findings.

The report said that removing Israeli restrictions on market access and to natural resources is the necessary first step in expanding the Palestinian private sector, and that the PA must stem its reliance on foreign aid.

“This has been in our face ever since Oslo started: you can see that the economy is not sustainable,” says Sam Bahour, a Palestinian-American businessman. He says that in his experience, the biggest obstacle to economic development is Israeli control over Palestinian human capital.

“If you go into the private sector today and ask them what’s your biggest issue, it’s that we can’t find the people we need. Israel controlling all the points of entry and exit not only for goods but for people, basically regulates the pace of our development through the blockage of human resources,” Bahour tells IPS.

Israel and the Palestinian leadership signed the Paris Protocol in April 1994, as part of the Oslo Accords, a 1993 political agreement that outlined relations and responsibilities between the two parties and created the Palestinian Authority. The Paris Protocol set up a framework for economic relations between Israel and the PA. Under the agreement, Israel began collecting import taxes on goods and transferring taxes to the PA on goods destined for the occupied Palestinian territories.

In turn, the PA was given authority to impose direct and indirect taxes, build an industrial policy, provide public sector jobs and establish a monetary authority. Palestinian trade with other countries was still handled through Israeli ports or Israeli-controlled border crossings, however, and continues to cause significant economic losses.

According to Bahour, Israeli control over the Palestinian market and the resulting economic and social challenges Palestinians now face has led to what he called the “Americanising of the Palestinian population.”

“When the economy is hurting and the donor involvement is basically dominating and driving the economy and people are being indebted even further, people become very individualistic and are out to make the best for themselves,” Bahour says.

According to economist Tareq Sadeq, the Palestinian leadership needs to acknowledge the realities of building an economy under Israeli occupation and change its policies in order to alleviate the financial burden many Palestinian families now face.

“The gap is growing. There is frustration in the street but what matters for people now is that they don’t want to lose; they want to get their salaries and they want to keep their homes and the things that they bought,” he says.