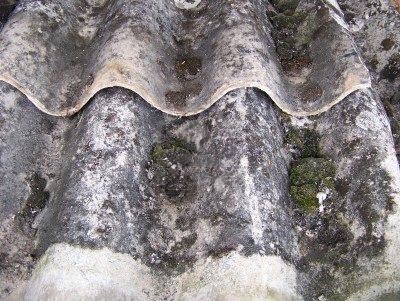 RIO DE JANEIRO, Sep 3 2012 (IPS) - Brazil’s Supreme Court is assessing the level of risk posed by asbestos to human health, while industry defends its use under controlled conditions, and associations of people with asbestos-related diseases argue that it should not be used under any circumstances, even with regulations.

More than 35 experts testified in the Supreme Court hearings held on Aug. 24 and Aug. 31 in Brasilia at the request of the Brazilian Chrysotile Institute (IBC), which serves the asbestos industry that provides 170,000 direct jobs and generates 1.5 billion dollars a year in revenue.

Brazil is the world’s third-largest producer and exporter of chrysotile or white asbestos – the most commonly encountered form of asbestos – after Russia and China.

The Supreme Court, which is to determine whether a ban on the use of white asbestos issued in the southern state of São Paulo is constitutional, is due to hand down its ruling in 2013.

Asbestos is a heat-resistant fibrous silicate mineral banned in many countries around the world because of the risks to human health posed by prolonged inhalation of the fibres.

But in Brazil, a national law authorises the regulated use of asbestos, which is present in more than 3,000 different products, including fibre-cement roofing products, water tanks, and brake pads

“At no time have we said it is not dangerous to health,” Marina de Aquino, the president of the IBC, told IPS. “What we say is that here in Brazil we have known for many years how to work with asbestos in a safe, responsible way.”

But Eliezer de Souza, the head of the Brazilian Association of People Exposed to Asbestos (ABREA), said “anyone who defends asbestos is defending cancer.”

De Souza, 71, was diagnosed with lung cancer after working in an asbestos tile factory from 1968 to 1981.

The debate on the threat posed by asbestos was triggered by complaints by workers who, like de Souza, have diseases such as asbestosis, a chronic non-malignant scarring and hardening of the lungs, lung cancer, or mesothelioma – a formerly rare, aggressive cancer that affects the lining around the lungs, heart, chest or abdomen.

The countries where asbestos is banned include all of the members of the European Union, Turkey, Japan, South Korea, Argentina, Chile and Uruguay, while its use is regulated in the United States. But it continues to be used in 140 nations around the world.

The factory where de Souza worked, in Osasco in Greater São Paulo, closed its doors in 1993. “Fourteen years later we discovered that most of the workers were contaminated,” he said.

Of a total of 1,300 sick workers, 180 have died of diseases caused by exposure to asbestos. In addition, 12 women who washed their husbands’ work clothes by hand were intoxicated, he added.

In that area, the mortality rate for mesothelioma is five times higher than the national average, according to the health ministry.

“We are absolutely certain that asbestos is carcinogenic, and that they were deceiving us the whole time. We were poisoned by the company,” de Souza complained.

The president of the IBC clarified that most of the cases were caused by exposure prior to 1980, when imported amphibole asbestos was mainly used, without any standards or controls.

“Since it was confirmed in the 1970s that asbestos was causing an epidemic in Europe, Brazilian companies began to develop techniques for safe use,” de Aquino said.

The techniques include the elimination of air-borne asbestos particles and asbestos dust and of all physical contact with the mineral during production, transportation and handling.

In addition, companies, workers and the government carry out continuous analyses, inspections and controls, under a system of agreements considered a model for other countries, de Aquino said.

More than half of the roofing slates in the country are made of fibre cement, broadly used in the homes of poor families.

A study cited by the IBC, carried out among 4,200 workers by Dr. Ericson Bagatin, a professor at the State University of Campinas, found results in line with de Aquino’s claims.

Bagatin, a specialist in occupational medicine, told IPS that the longitudinal study was carried out over the space of 12 years, in three phases.

The first phase studied former workers from a mine in the northern state of Bahia who had been in contact with different kinds of asbestos between 1940 and 1967, when no regulations or standards were yet in place. Thirty-eight percent of the workers were found to be ill.

The second phase studied workers employed between 1967 and 1980 in a chrysotile asbestos mine in the central state of Goiás, and the proportion of illness found was lower.

The third phase involved workers from the same mine, in Goiás, but after 1980, when regulations and standards were put in place. And the number of cases shrank to zero, he said.

Bagatin said the conclusion reached was that no illness was observed when chrysotile asbestos was used and safety standards and controls were improved in the workplace.

But these arguments were questioned at the Supreme Court hearings by health ministry representative Guilherme Franco Netto, who noted that his ministry “recommends the elimination of any kind of use of chrysotile asbestos throughout the national territory.”

According to World Health Organisation (WHO) statistics presented by Franco Netto, 125 million workers throughout the world have been exposed to asbestos on the job, and one-third of all cases of work-related cancer are caused by inhalation of asbestos fibres.

WHO estimates that asbestos-related diseases kill more than 100,000 people a year worldwide.

In the hearings, the government’s secretariat of geology underscored the economic importance of the industry in Brazil.

But Dr. Eduardo Algranti, a researcher at the Jorge Duprat Figueiredo Foundation of Workplace Safety and Medicine, said “I feel tremendously ashamed that we are an exporter of health risks.”

Algranti said Brazil was committing “environmental racism” by selling a product to countries that do not have adequate control mechanisms or standards.

Furthermore, “some 140 countries use asbestos, but few use it as much as Brazil, where it represents a cumulative risk to the population,” he said.

Between 1975 and 2009, more than six million tons of asbestos were produced in this country of 192 million people, 80 percent of which remained in Brazil, in products and waste products.

“We ourselves have no hope left. We are working on behalf of the coming generations,” de Souza said.