UNITED NATIONS, Dec 18 2012 (IPS) - Robin J. Hayes has always been one to break boundaries. Most recently, she is doing so with her latest documentary film, “Black and Cuba”, which explores how African-Americans and Afro-Cubans can learn from each other about community-building and public debates on racism in their countries.

“A film can be shown in so many different community spaces,” Hayes, a filmmaker and scholar at the New School, told IPS. “It gives many different types of people an opportunity to learn about issues that are important to them.” 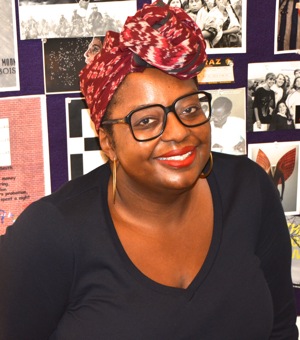 After completing her bachelor’s degree at the New York University, Hayes was a community organiser for a legal clinic to assist homeless families at the Urban Justice Centre. She was the first person at Yale University to earn a combined doctorate degree in African-American Studies and Political Science. She has also served as a national coordinator of the Interreligious Foundation for Community Organisation (IFCO).

But Hayes wanted to share her vision with a broader audience, so she became a filmmaker. She continues to conduct research, write, publish and lecture throughout the nation on the politics of the African Diaspora.

Hayes spoke to IPS correspondent Rebecca Hanser about her life as an academic and filmmaker and about her latest documentary.

Q: As a scholar, you work a lot with themes concerning ethnicity, race, (in)equality policies, African-American cultures and black political movements. What draws you to these themes and is it something you feel personally related to?

A: As a scholar, I am drawn to research about race, social movements and black cultures around the world because of my experience as a community organiser. Before grad school, I worked for several years with an organisation called IFCO/Pastors for Peace that advocated for a “people’s foreign policy” in the Americas.

During my time at IFCO, I met people from all walks of life who worked across borders to create social change. I’m also a native of East Flatbush, Brooklyn and am one of a few people on my block that was able to get an advanced degree.

Q: What is your latest documentary “Black and Cuba” about? What inspired you to make it and why in Cuba?

A: “Black and Cuba” follows a diverse group of Yale students who feel like outcasts at their elite institution, band together and adventure to Cuba to see if revolution is truly possible. It is based on a short documentary I directed, entitled “Beautiful Me(s): Finding our Revolutionary Selves in Black Cuba”.

I was one of the students who made that journey to Cuba. Many of the students were from neighbourhoods like mine. The idea for the film came out of our desire to take what we learned from this trip and share it with our family members and neighbours who had done so much to support our educational success but were still grappling with the challenges of racial inequality and economic hardship. A documentary made information accessible in a way that our academic work could not.

We were drawn to Cuba because we were interested in seeing how the ideas we were learning about could play out on the ground. Cuba did have a revolution in 1959, after which many socialist reforms were made, including implementing universal health care and ending private education. With 60 percent of the population being black, it seemed like the perfect place to explore the possibilities of addressing issues related to racism and class.

Q: What can you share about the process of filming this documentary? What was it like to be in Cuba with the other travellers? How has this journey changed your life?

A: Our group worked hard to raise funds for the trip, which was organised through the Centre for Cuban Studies, so we had developed a close bond by the time we travelled to Cuba. We did not have much in terms of previous filmmaking experience, which I think helped us capture our experiences in a very earnest way.

In Cuba, we spent a lot of time having candid conversations with all kinds of people—rappers, students, teachers—and learning as much about their impressions of life in the United States as we did about their experiences in Cuba. Also, we saw some sites and performances that are a bit off the usual tourist path, such as the Monument to the Maroons in Santiago, which is a World UNESCO Heritage Site.

The journey changed my life in that it gave me a great deal of optimism about the possibilities of change. Afro-Cubans and African Americans have overcome a great number of obstacles, but there is still a lot of work to do.

Q: For your studies and work you have travelled all over the country and beyond. In your view, what should be change in terms of ethnic and racial policies in the United States?

A: “Black and Cuba” discusses some of the issues that arise from racial and economic inequality, such as the racial achievement gap in education, violence and disparities in health care access. My hope is that viewers will decide for themselves what changes they would like to see in their communities and support organisations on the ground that are already working towards them.

In our group, we wanted to use our education to create the kind of social change that could improve our communities. It wasn’t enough for us to have opportunities when so many of our family members and neighbours do not.

Q: What made you combine your work as scholar and academic with filmmaking? Are films an effective way to convey your message?

A: I love my work as a scholar of race, inequality and politics, but academic writing is for a very specific audience. A film can be shown in so many different community spaces as well as on laptops, phones and tablets. It gives many different types of people an opportunity to learn about issues that are important to them.