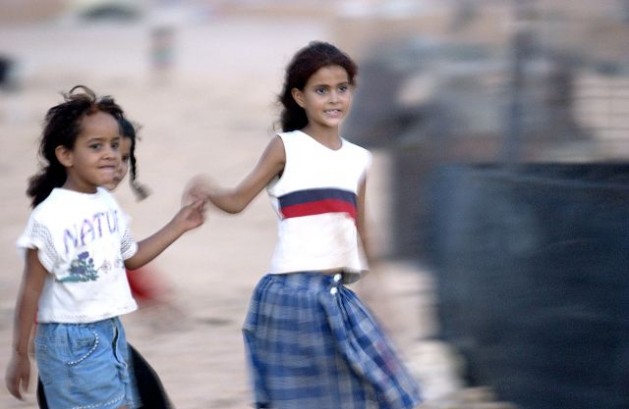 The treaty is a practical blueprint for countries to achieve equal rights for women and girls. Credit: UN Photo/Evan Schneider

UNITED NATIONS, Jan 8 2013 (IPS) - The United States continues to be in the dubious company of six countries that have either refused or are reluctant to ratify the landmark U.N. Convention on the Elimination of All Forms of Discrimination Against Women (CEDAW).

Now a coalition of more than 100 non-governmental organisations (NGOs), human rights groups and women’s organisations is renewing a longstanding demand for U.S. ratification of the treaty.

The reason for the renewed demand? A record number of 20 women senators, including existing and newly-elected, who took the oath of office last week.

So far, 187 out of 194 countries have ratified CEDAW, but the non-ratifiers include Iran, Sudan, South Sudan, Somalia, Palau, Tonga and the United States.

June Zeitlin, director of the CEDAW Education Project at the Leadership Conference on Civil and Human Rights, told IPS, “The (current) 113th Congress has the highest number of women the U.S. Senate has ever achieved.”

Asked how confident she was of a possible ratification, she said women in the U.S. Senate have often come together as a bipartisan group to advance women’s issues, including in relation to violence against women.

“We believe this is an unprecedented opportunity to move forward on CEDAW and issues of women’s human rights,” Zeitlin added.

A renewed campaign seeking ratification of the treaty is being spearheaded by the Leadership Conference on Civil and Human Rights and GlobalSolutions.org.

In a letter to senators last week, the coalition said the record number of women senators will fuel momentum for ratification of the U.N. treaty which declares that women’s rights are human rights.

The landmark international agreement, which affirms principles of fundamental human rights and equality for women around the world, has the strong support of President Barack Obama.

“U.N. Women looks forward to continuing its strong partnership with the United States government to improve the lives of women and girls everywhere,” she added.

As part of its mandate, Puri pointed out, U.N. Women promotes and supports the implementation and reporting on CEDAW, often described as an international bill of rights for women.

“The convention and its monitoring committee have played a vital role in the quest for the elimination of discrimination against women and the achievement of gender equality,” she added.

U.N. Women hopes that more countries will join the convention to get closer to the goal of universal ratification and accelerate efforts to ensure the convention’s full implementation, Puri added.

The U.N. General Assembly adopted CEDAW back in 1979. The treaty consists of a preamble and 30 articles, which according to the United Nations, “defines what constitutes discrimination against women and sets up an agenda for national action to end such discrimination.”

And countries that have ratified CEDAW are legally bound to put its provisions into practice.

In 1982, the General Assembly also established a U.N. committee, composed of 23 experts on women’s issues worldwide, to monitor progress in the implementation of the treaty and review national reports.

In its letter, the NGO coalition said that while in previous sessions of the U.S. Congress, the Senate Foreign Relations Committee has held hearings on the treaty and has favourably reported it out of committee with bipartisan support, CEDAW has never been brought to the Senate floor for a vote.

The coalition said it seeks to make ratification of CEDAW a priority for the United States Senate in the 113th session of Congress.

“The record breaking number of women who will serve in the 113th Congress lends significant momentum for the United States to increase its global leadership role on women’s rights issues,” it said.

The letter said 20 female senators will either return to or take office in the Senate – “a truly historic accomplishment”.

It says the treaty is also a practical blueprint for each country to achieve progress for women and girls.

CEDAW is already making a difference for women and girls worldwide, specifically by strengthening civil society’s efforts to persuade governments to respect women’s human rights and adopt policies to reduce sex trafficking and domestic violence; provide access to education and vocational training; ensure the right to vote; end forced and child marriages; secure inheritance rights; and ensure the right to work and own a business without discrimination.

The letter also said ratification of CEDAW would strengthen the United States’ standing as a global leader in standing up for women and girls.

“It is essential that the U.S. ratify CEDAW and continue to play a leadership role in advancing women’s and girl’s rights globally,” the letter added.

The United States is the only Western industrialised nation that has not ratified the treaty.

The approval of the treaty requires two-thirds of the vote in the Senate: 67 out of 100 senators in a legislative body which is still predominantly male. The Senate approves or rejects a resolution of ratification.

According to Senate archives, the U.S. Senate has approved more than 1,500 treaties and rejected only 21 over the last 200 years.