Q&A: It’s the Beginning of the End for FGM

UNITED NATIONS, Jan 24 2013 (IPS) - Journalists can play a crucial role in helping to shift traditional attitudes within societies where the cruel practice of female genital mutilation is an everyday reality. 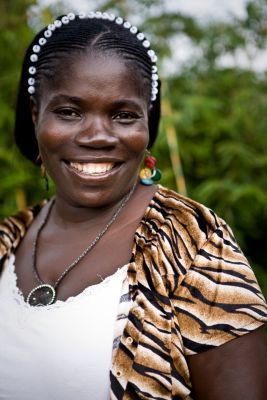 Mae Azango, a reporter for the news site FrontPage Africa, took on this taboo subject in her home country of Liberia, where as many as two out of three girls are affected and the topic itself has been neglected by politicians at the highest level for years.

Her coverage forced her and her young daughter into hiding for weeks, but it also gained international attention and put pressure on the government.

Azango, who just won the International Press Freedom Award 2012, spoke with U.N. correspondent Rousbeh Legatis about how media can make a difference and the situation of the few female journalists in the country.

Q: Looking back on your work, you said: “I knew if we started to talk about it (FGM), and they knew the truth, many parents would choose a different path” for their daughters. Did they?

A: No, parents haven’t chosen a different path for their daughters yet because they still feel it’s the clean and just thing to do. As an ancient tradition, it isn’t going to be changed overnight. We know that. As I’m talking to you, the practice is still going on in secret, even though the government has suspended the activities.

But what we have done is start a conversation at a national level that will allow this practice to be debated for the first time ever in our country. I’m very pleased about that.

More and more political leaders and victims have felt confident to come forward and say, “This practice is outdated. It is wrong.” Many parents will hear that debate for the first time and think twice about cutting their daughters.

It’s not the end but it’s the beginning of the end and many little girls will be spared. But in the long run it will take the sort of long-term, intensive awareness campaign that the government has promised to really stamp it out.

Q: Why is FGM such a taboo subject and how difficult is it to cover as a journalist?

A: It’s a taboo subject in Liberia and Sierra Leone because it is a ritual practiced by traditional secret societies in those two countries. Girls as young as two spend months in the bush learning how to be wives and at the end there is a ceremony where they are cut. There is also a school for boys.

The people who run these schools make a lot of money from them and they want to protect that income.

Telling the Stories of Women and Girls

“We were able to show Liberians that the outcomes for girls hugely improve if they stay in school and don’t have children until their twenties,” says Azango about a series of articles she published together with the reporting project New Narratives (NN) in 2012.

Up to that time, the topic had not appeared on the public’s radar in the West African country. Using different angles, the series detailed the impact of Liberia's rate of teen motherhood – one of the highest in Africa – on national economic development.

Other series pressured the Liberian government to address child prostitution, rape and unsafe abortion. By highlighting the perspectives of victims, “we’ve helped open Liberians’ eyes to the reality of these girls’ lives” and increased public awareness about these problems, she said.

Most newspaper stories and radio and television shows are produced by men. Only one in 12 Liberian journalists is a woman, according to NN.

Working together with experienced editors, managers, commentators, photographers and reporters through every step of the reporting process, female journalists are producing high-quality contributions to different media outlets in print, radio and television.

“The effect is that we make our reporting more investigative and objective in getting as many sides as possible for every story. And they help us see stories in subjects we had not seen before,” said Azango. In her work with the project, she has seen firsthand “the power the media can have if used right”.

New Narratives started as a pilot project in Liberia and will be expanded to Sierra Leone, Nigeria and Ghana.

People know that if you are initiated into the societies you must never speak about what goes on there. If you do, they will kill you, mostly by magic. So people are very afraid to speak about it.

But affected women, who went through this ritual of cutting, are often very bitter and resentful. I was able to persuade a woman to speak to me but she was extremely anxious about it. We had to hide in her hut and use a false name. She was still traumatised from the experience when she was held down by four women when she was 13 and was cut by a fifth with a blade that had been used on 25 other girls. She has lived with the trauma and the medical consequences ever since.

She has faced a lot of attacks since the story came out, but she says she is glad to
have done it because she hopes it will spare other girls what she went through. She is very brave.

Q: What is the situation of female journalists in Liberia and what do they need?

A: There are not many female journalists in Liberia, but the few that are there are trying to make a difference.

Many male journalists feel we are only good enough to go after soft news stories. I’m very lucky to work for FrontPage Africa – a paper that sees women reporters as assets. I’m also part of a U.S. project called New Narratives (NN) that is supporting women reporters in Liberia.

My fellow NN reporters and I have won nine national reporting awards in the last two years and have written for media around the world. We have forced the government and other leaders to act on a range of issues, including police abuse of rape victims, child prostitution and teen pregnancy.

We are proving the men wrong because we are really making waves in Liberia and having the sort of impact they want to have.

We are also proving that not all news has to be politics and scandal. There are so many issues that are plaguing women and children in particular in Liberia and we are proving they are valid news stories that people want to know about.

Q: Why do you think your reporting resulted in political action when other articles and messages never brought any change?

A: What was different about this reporting was that it was told in a very compelling way.

It was on the front page of the major newspaper in Liberia on International Women’s Day, when other media was doing light pieces about women’s advancement.

It had graphic photos that showed young girls were being initiated even though the societies claimed girls had to be marriageable age when they went to the schools. It also told the story through the eyes of a victim. People were able to really relate to her story because everyone had been through the same thing or knew someone who had suffered like that woman.

It’s so rare that reporters actually use real people to tell their stories in Liberia. Usually it’s just a rewritten press release or the words of a single leader being reproduced. There is no reporting. Readers really responded to this, because the overall presentation was so compelling. It got everyone’s attention and it was discussed for months on talk radio.