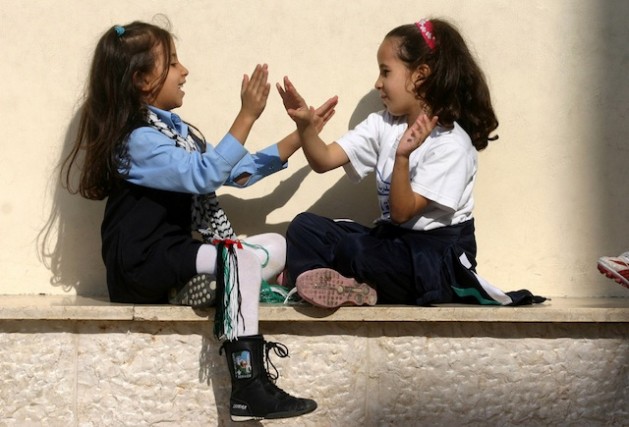 GAZA CITY, Feb 12 2013 (IPS) - Gaza is becoming increasingly radicalised as Hamas continues its crackdown on civil liberties, press freedom and the rights of women. In the last few weeks a number of journalists have been arrested and accused of being involved in “suspicious activities”, several detainees shot dead by police during arrest attempts, and female students asked to abide by a strict Islamic dress code.

“Hamas is on a gradual track of the Islamisation of Gazan society, which goes against their early promises,” Dr Samir Awad from Birzeit University near Ramallah tells IPS. “Most people in Gaza, even the most conservative, oppose this. Gazans are already very conservative and they don’t need Hamas dictating their religion to them.”

Women have borne the brunt of the crackdown. Gaza’s Al Aqsa University has announced that female students will be required to wear full traditional Muslim garb, from head to toe.

Some female students have expressed outrage, claiming that the new demands are in violation of their public freedom. They say that already female students are modestly dressed but that some prefer wearing pants and a long overcoat rather than a burka, abaya or hijab.

In the past, Hamas has banned women from riding on the backs of motorbikes, from smoking water pipes, and men from working in female hair salons – saying such practices were immodest. Not all bans, however, have been imposed uniformly.

“Hamas has also banned mixed parties and mixed activities as well as enforcing other restrictions on women but not on men. Gaza’s entire seashore has practically been confiscated by Hamas as if it is their private property and they decide who can access the area and when,” Awad tells IPS.

PA Minister for Higher Education Ali Jarbawi stresses that Hamas’s decision is illegal and cannot be implemented. He wrote an official letter to Al Aqsa’s president stating the illegality of the move which he said also violated Palestinian government decisions.

Dr. Faiq al-Naouk, advisor for managerial affairs at Al-Aqsa University responded saying that the controversial decision would be implemented only gradually as an act of “goodwill” before it becomes mandatory.

“Hamas’s increasing radicalisation is one of the sticking points for Fatah and Hamas being able to form a unity government,” says Awad.

Hamas has cracked down on other civil liberties too in the past few weeks. ‘New Star’, the annual Palestinian version of ‘American Idol’, was recently banned by the Islamist group on the grounds that it was “indecent” and violated conservative interpretations of Islam.

Producer Alaa Al Abed lashed out at the decision, of which he was only informed at the last moment, saying the ban prevented Gaza’s 12 contestants from competing in the second round of the competition.

“This is more serious than Hamas just killing fun in Gaza – they are limiting the freedoms of the people, according to their whims,” al-Abed says.

Teenage girls and women can only rarely be seen singing in public, but men are encouraged to sing, without musical instruments, about the glory of Islam and fighting Israel.

The Palestinian Centre for Human Rights (PCHR) distributed a list of media workers it said had been arrested, and condemned the seemingly coordinated campaign, which Hamas officials deny.

Hamas interior ministry spokesman Islam Shahwan says his ministry guarantees freedom of the press, and says recent detainees were charged with recognisable offenses. He says they had admitted to charges that they “threatened the security of the community.”

The ministry added that “those persons are not journalists at all. Even those who work as journalists use this field as a cover to carry out suspicious acts.” The Palestinian media freedoms watchdog Mada issued a statement claiming abuse of those detained as well as confiscation of property and searches.

Gaza’s Al Mezan Centre for Human Rights has expressed concern over the repeated use of lethal and excessive force by Hamas police following the death of several individuals during attempts to arrest them.

The organisation called on the Hamas authorities to use reasonable force to arrest people suspected of breaking the law, and further called for investigation into the conduct of the police officers involved.

“Law enforcement officials may use force only when strictly necessary and to the extent required for the performance of their duty,” says Mezan. (End)