Canada Pulls Out of U.N. Body to Fight Desertification 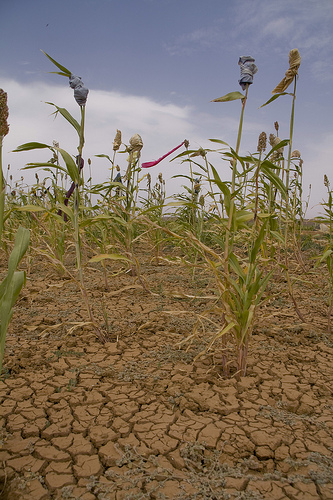 Canada’s Stephen Harper government made the decision behind closed doors without consultation.

This follows another unexpected decision late last week to fold Canada’s aid agency CIDA into the Ministry of Foreign Affairs and International Trade. The CIDA decision was widely criticised by Canada’s development community for directly linking aid to trade.

Desertification and degradation of land is an enormous problem and getting worse with climate change, says Robert Fox of Oxfam Canada.

“I’m gobsmacked Canada would do this,” Fox told IPS.

Each year, 12 million hectares of land, where 20 million tonnes of grain could have been grown, are lost to desertification. Land degradation is the world’s quiet crisis, undercutting food production, increasing water scarcity, impoverishing hundreds of millions of people and affecting two billion overall.

“Our goal is to build a land-degradation-neutral world,” Luc Gnacadja, UNCCD executive secretary, told IPS previously. The target date to reach that goal is 2030.

Every country in the world makes a contribution to support the UNCCD. Canada’s contribution for 2012-13 was supposed to be 315,000 dollars and it remains unpaid, the secretariat told IPS.

“We are seeking to use Canada’s resources in the most effective manner possible. Canada will continue to play a leadership role in advancing the global food security and nutrition agenda. For example, Canada has helped almost four million farming households across Africa obtain more drought-resistant seeds for their bean crops.

“In the past, Canada has tried several times to help position the Desertification Convention as a significant means to promote global, and Canadian, priorities to improve food security and to combat land degradation and desertification. We believe other efforts are achieving better results,” she said.

Last year, the Stephen Harper government spent 28 million dollars celebrating the 100th anniversary of the War of 1812, a minor conflict between the U.S. and Canada.

“That Canada would do this (leave the UNCCD) is really a scandal,” Christoph Bals, policy director of Germanwatch, a German NGO focused on development and global equity.

Canada has long been a leader and champion of the U.N. and multilateralism, which is the only way major global issues like poverty, hunger and climate change can be addressed, he told IPS from his office in Berlin.

The decision to abandon the UNCCD follows another Harper government decision in 2011 to withdraw from the Kyoto Protocol, the only legal treaty to combat climate change.

“I heard from many, many Canadians about how ashamed they were by the decision to leave Kyoto,” said Bals. “That decision and the UNCCD decision do not reflect the majority of Canadians, in my opinion.”

Instead the Harper government decisions reflect the narrow interests of Canada’s fossil fuel industry, he says.

Canada’s abandonment of yet another U.N. organisation trying to solve major global issues could have far-reaching consequences, Bals says. Canada is wealthy and doing very well economically but countries facing economic or other challenges may decide they don’t need to participate either.

“It sends a very negative signal,” he said. “There will be consequences for people around the world.”

Global governance is weak and needs support not abandonment, says Fox. “The U.N. is a tough place to get things done but the solution is not to simply walk away.”

Canada recently committed 250 million dollars annually in food assistance under the new U.N. Food Assistance Convention to help millions facing hunger. It has also been generous in terms of humanitarian aid for crisis like the Horn of Africa drought, he says.

Ironically, the Harper government is rejecting the very U.N. body whose primary objective is to prevent and reduce hunger and the impacts of drought. With this decision, Canada is saying it’s not interested in prevention or solving the problem, Fox says.

“I hope there will be enough domestic and international pressure that the government will re-consider. It is simply the wrong move.”