TUNIS, Apr 6 2013 (IPS) - Tunisian families have begun to dread knocks on their doors, or late-night phone calls, fearing that the messenger will bear the news that their son has been smuggled out of the country to join the “jihad” in Syria. 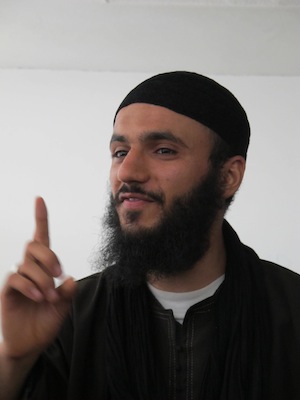 Families here told IPS that they have no way of contacting their sons once they leave — whether by choice or coercion they will never know — for the warring nation nearly 3,000 miles away. At most, family members receive an inaudible telephone call from Libya, where the soon-to-be militants are trained, the muffled voice on the other end of the line saying a quiet and final goodbye.

After that point, no news is good news. If they are contacted again, it will only be an anonymous caller announcing the death of a son, brother or husband, adding that the family should be proud of their martyred loved one.

The next day, the family might find a CD, slipped under the door, containing filmed footage of the burial.

There are no reliable data on exactly when young Tunisian men began rushing to join the Free Syrian Army, currently engaged in a battle to depose Syrian president Bashar al-Assad, but experts and civil society activists are agreed on one thing: the number is increasing.

Families tell IPS the self-proclaimed jihadists leave in secret, often under cover of darkness, and change their names en route so that Facebook and internet searches yield no results. They believe mosques and charity organisations serve as fronts for this “recruitment” process.

Widely considered the cradle of the Arab Spring, Tunisia has gained a reputation as a progressive country, bolstered by the strong democratic current that toppled former dictator Zine Abadine Ben Ali in January 2011. The election of the moderate Islamist party Ennahda in October 2011 further raised hopes that the country would stay on track towards a more inclusive future.

But beneath the moderate veneer, a strong ultra-conservative undercurrent remained, steered by Salafist-controlled mosques – like Fath, Ennassr, Ettadhamen, and the great mosque of Ben Arous located on the outskirts of Tunis – that are now serving as headquarters for the smuggling of fighters.

A true revolution is made by the people, not by jihadis coming from other countries.
The imams of these mosques often hail from the Gulf and are skilled at convincing young men – who run the gamut from poor, uneducated Tunisians, to wealthy professionals — that they must “help their Syrian brothers” in the “jihad” against Assad.

Charity organisations like Karama wa Horrya, Arrahma, Horrya wa Insaf, which provide basic humanitarian assistance to the poor, also play a role in this network that gathers able-bodied Tunisians, transports them to Libya and then, after a brief stop in Turkey, sends them onwards to the frontlines of the Syrian war such as the north-western border with Lebanon, and the city of Aleppo.

Young fighters’ first point of contact in Syria is with the Jabhat al Nusra (meaning the ‘Support Front for the People of Syria’), considered the most aggressively militant arm of the FSA.

Beyond these vague details, very little is known about the actual recruitment process. The only credible information comes from wounded jihadis who are sent back to Tunisia if their injuries have resulted in handicaps that render them unfit for battle. Most die in the fighting and those that return are often too afraid to speak of their experiences.

Tunisian youth, who played a crucial role in the 2011 revolution here, have conflicting views about the Syrian uprising, and their countrymen’s participation in it.

For some, like Semi Ghesmi, elected representative of the technological department of the National Student Union, Syrians are engaged in an outright jihad in the strictly religious sense of the term, meaning a battle between “good” Muslims and “kafirs”, or infidels. In this war, the FSA has the moral highground and must be supported.

Others like Nassira, a student at the Manouba University in Tunis, say the Syrian conflict “is not a revolution like the Tunisian one”. In her opinion, a true revolution is “made by the people, not by jihadists coming from other Muslim countries”. She favours the Tunisian model, which was dictated not by a small circle of extremists but by the majority of the people.

During the recent World Social Forum, held in Tunis from Mar. 26-30, the division between supporters and opponents of the Syrian rebels came to light when local participants burned FSA flags in the streets.

Most families who spoke to IPS were too afraid to give their names, fearing reprisals. They suspect powerful and wealthy interests have a hand in the smuggling of fighters, since some families have received as much as 4,000 dollars in “payment” for each jihadi recruit.

Those who spoke to IPS under condition of anonymity believe the recruiters themselves also receive a fee. Many denounced the government for allowing this “business” in human lives to thrive.

A local journalist who has been investigating the process, but did not want to be identified by name, told IPS the government almost certainly makes money off this racket as well.

Experts believe Ennahda leader Rachid Ghannouchi’s statement, issued through the Ministry of Religion, that “we don’t suggest young people leave… but we have no right to prevent them” is tantamount to an admission that the government has no plans to put a stop to the practice, or apprehend those involved.

Observers find further proof of the government’s complicity in an agreement, signed in the Libyan capital Tripoli on Dec. 11, 2011 by Ennahda’s Ghannouchi; Burhan Ghalioun, former chief of the Syrian National Council (SNC); and Mustafa Abdel Jalil, former chairman of the Libyan National Transitional Council (NTC), outlining plans to send weapons, along with Tunisian and Libyan jihadis, to Syria. The contents of the agreement were leaked to the public last year.

Not content with recruiting only men, clerics have begun to urge women and girls – some as young as 14 years – to take up “jihad through marriage” by travelling to Syria to satisfy the sexual needs of anti-Assad forces.

The phenomenon picked up speed after a Saudi religious scholar named Mohamed al-Arifi issued a fatwa in December 2012 allowing the “temporary marriage”, sometimes lasting just a few hours, of young girls to Syrian insurgents. Though he has subsequently revoked the edict, following a public outcry, the practice continues.

Here again, numbers are impossible to pin down – but IPS has heard of several cases in the last three months of Tunisian teenage girls who have gone missing, which has sparked fears of a new form of religiously sanctioned sexual trafficking.