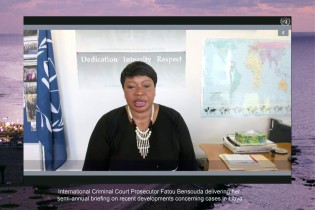 By Emma Bonino
When I am asked whether Europe is still a relevant “protagonist” in the modern world, I always answer that there is no doubt about it. For a long time now, the continent has been shaken by financial crises, internal security strategy crises – including wars – and instability within its borders, which definitely make it a protagonist in world affairs.
Next Page »
ADVERTISEMENT ADVERTISEMENT