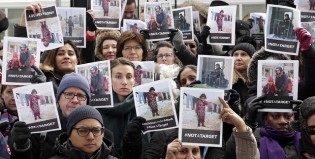 By Jim Lobe
With U.S. intelligence agencies' concluding that the Syrian government has used chemical weapons against rebel forces, the White House announced Thursday that it will increase "the scope and scale" of assistance it has been providing to the opposition, including direct support to its military arm.

By Karlos Zurutuza
At seven o’clock in the morning on Mar. 1, Kurdish militias took over the only operational oil refinery in Syria, located about 800 kilometres northwest of Damascus.

By Thalif Deen
Following its failed efforts to contain the 19-month-old insurrection in battle-torn Syria, the United Nations has issued a new warning: the besieged country is heading towards "destruction".