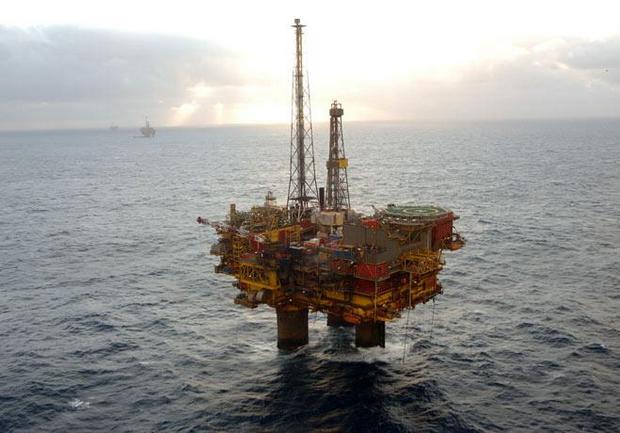 Collective lawsuits against oil contracts with foreign companies have heated up the debate on Mexico’s energy reform. Credit: Courtesy of Pemex

MEXICO CITY, Nov 21 2013 (IPS) - As Mexico moves towards a controversial reform that would be the largest opening of the oil industry to foreign investors in decades, local communities and non-governmental organisations are fighting in court against earlier contracts with foreign companies, which have been possible since 2008.

The collective lawsuits brought against three of the 11 agreements between the state oil company Pemex and private foreign corporations, to operate oilfields in the southeast of the country, are serving as a kind of testing ground for those who wish to fight the energy reform.

The reform, which the international markets are expectantly waiting for and the Mexican Congress may approve in the next few months, would throw this country’s oil industry wide open to foreign companies.

Mexico’s oil industry was nationalised in the 1930s and the state has remained in control of Pemex since then.

But by means of the 11 contracts, Pemex granted contracts to private foreign companies for oil production in the southeastern states of Tabasco and Veracruz in mature or marginal oilfields – fields that have been producing for more than 20 years and whose production is in decline, but which could be reactivated with new technologies.

But opponents argue that the contracts include an illegal formula for payment for the contractors, because it takes into account a direct percentage of the price of sales, based on international oil prices.

“The concessions are unconstitutional, because they mean the loss of oil revenue,” activist René Sánchez, coordinator of the organisation Colectivas, one of the plaintiffs, told IPS. “They damage the country’s wealth, and the companies earn excessive profits.”

A group of organisations and individuals presented two collective lawsuits in 2011 and 2012 against the first three contracts signed. A federal judge is expected to rule on the first lawsuit before the end of the year, and the decision will set a precedent for all of the accords.

The companies directly involved are Britain’s Petrofac and the French-U.S. Dowell Schlumberger. Petrofac won two contracts in 2011 and the Mexican subsidiary of Dowell Schlumberger was granted one contract. All three concessions are for drilling in the state of Tabasco.

A 2010 constitutional reform allowed for class action lawsuits. Under the law, individuals, communities and organisations that feel they have been affected by a government decision can bring a collective lawsuit, even if they weren’t directly harmed.

A year later, the Supreme Court rejected a parliamentary attempt to challenge the oil contracts with private firms as unconstitutional, on the grounds that the legislature was not one of the affected parties.

In its ruling, the Supreme Court did not address the underlying issue: whether the contracts run counter to the Mexican constitution. It did rule that they cannot include payments to the contractor that represent a percentage of the value of sales.

It was in the last decade that Pemex began to sign agreements with private companies for exploration and drilling for gas and oil, in exchange for payments based on output.

First multiple service contracts were signed for exploration and production of gas in the Cuenca de Burgos, a natural gas-rich zone that stretches through the northern states of Nuevo León, Coahuila and Tamaulipas.

In 2008, Congress passed a reform of the Pemex legal framework, which expanded the legislature’s role on the company’s board, among other things. As a result, the board overhauled the firm’s internal rules and regulations and introduced a new system for contracts, which has drawn criticism from the start.

“Few companies are interested in those contracts, and Mexico’s production and reserves are declining,” Miriam Grunstein, with the Centre for Economic Research and Teaching (CIDE), told IPS. “That points to how ineffective they are, from both the commercial and technical standpoints.”

“The recovery of costs can make the contrasts very burdensome for the country,” she said.

Pemex argues that the contracts generate value and bolster productive capacity, with profitable, competitive schemes in mature oilfields and land and deepwater deposits.

It also says they make it possible to increase Mexico’s oil reserves, reactivate marginal fields, and improve the commercial value of offshore deposits.

According to the state oil company, the three fields in question contain total reserves of 182 million barrels and 124 billion cubic feet of gas, in a 312-sq-km area.

Their joint production exceeds 13,000 barrels a day and more than 17 million cubic feet of gas. The contracting companies receive just over six dollars per barrel.

Pemex’s argument for putting the oilfields out to tender was that it lacked the technical expertise and financial capacity to exploit them itself and preferred to concentrate its resources on more profitable undertakings.

Mexican President Enrique Peña Nieto of the Institutional Revolutionary Party (PRI) sent Congress the bill in August that would reform the oil and electricity sectors, and would involve Pemex and the Comisión Federal de Electricidad, the state power company.

The bill includes modifications of articles 27 and 28 of the constitution, to allow profit-sharing contracts to be offered to private firms, and changes in Pemex tax structure, and to strengthen transparency and accountability in the state oil monopoly.

During the debate, Congress could introduce the possibility of granting concessions for blocs of oil and gas, which are more attractive for corporations and similar to the way state oil companies do things in other countries of Latin America, such as
Venezuela, Ecuador, Peru and Argentina.

The collective lawsuits could have a major influence on the energy reform, because if they are successful they would hinder the opening up of the oil industry to foreign capital and could make transnational corporations hesitant to invest in Mexico.

Pemex, which currently produces 2.6 million barrels of crude a day, has outdated technology and is plagued by debt, steadily declining reserves, administrative problems, and accusations of corruption.

“We want the contracts to be declared invalid, to curb the process of privatisation of Pemex. The next step is granting concessions for oil blocs,” Sánchez said.

Any decision that affects the course taken by Pemex, a powerful symbol of Mexico’s sovereignty and identity since the oil industry was nationalised in 1938, has an enormous effect on the country.

One camp is calling for the opening up of the oil industry, while another advocates strengthening Pemex with legal and fiscal reforms, to boost its financial and investment capacity.

But both groups agree that it needs to be overhauled, modernised and made more transparent.

Grunstein recommends removing the option for contracts in the reform and moving instead toward concessions for blocs.

“They should achieve a balance between risk and reward,” she said. “And to be more attractive and capture a larger spectrum of companies, there should be a system where the company would be paid with a share of the output.”