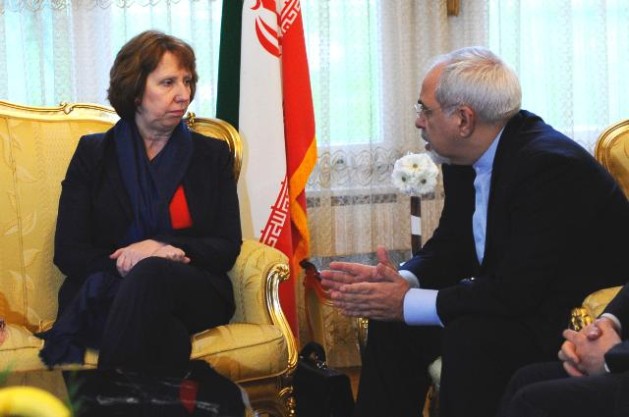 WASHINGTON, Nov 23 2013 (IPS) - As Secretary of State John Kerry and foreign ministers of at least four other major powers prepared to join talks with Iran in Geneva Saturday, the stakes over the eventual success or failure of the negotiations seem very much on the rise here.

While nervous Democrats in the Senate held off a last-minute push by Republicans to approve legislation preventing President Barack Obama from easing sanctions against Iran as part of a possible interim deal to curb its nuclear programme, they also warned that, absent an accord in Geneva, new punitive measures are likely to be enacted shortly after Congress returns from its Thanksgiving recess Dec. 9.

Most analysts, including administration officials involved in the negotiation, believe that any new sanctions – or curbs on Obama’s authority to waive existing ones – are likely to drive Iran from the table by bolstering hard-liners in Tehran who have long argued that Obama is either unwilling or unable to deliver what they regard as a minimally acceptable deal.

Such a breakdown in the talks would return the two countries to a path of confrontation, significantly enhancing the chances of war, according to both the White House and most independent analysts.

While diplomats from the so-called P5+1 (U.S., Britain, France, Russia, and China plus Germany) and Iran have been remarkably tight-lipped about the past three days of talks, foes of a likely accord – almost all of whom are associated with the Israel lobby here – have escalated their attacks here.

Even if an interim accord is reached within the coming days, the lobby’s leaders and their backers in Congress have made clear they will not give up on their efforts to derail its implementation. Republican lawmakers, in particular, warned this week that, in addition to seeking new sanctions, they will introduce legislation aimed at reducing Obama’s room for manoeuvre.

A number of prominent neo-conservatives, who have tried to lie relatively low on the Iran issue due to their high-profile championship 10 years ago of the now-highly unpopular Iraq war, have come to the fore in recent days, apparently unable to restrain themselves at such a critical moment.

One leading Iraq hawk and co-founder of the Project for the New American Century and the Emergency Committee for Israel, Bill Kristol, who has been immersed in “Obamacare” and intra-Republican politics for weeks, titled the lead editorial in his Weekly Standard magazine “No Deal”.

“[S]erious people, in Congress and outside, will do their utmost to expose and scuttle Obama’s bad Iran deal. They can expect to be smeared by the Obama administration as reckless warmongers and slandered by Obama’s media epigones as tools of the Israel lobby,” he wrote, calling on lawmakers to resist such intimidation.

Similarly, the Washington Post’s Charles Krauthammer, a leading neo-conservative who has largely neglected Iran in recent months, published a column Friday entitled “A ‘Sucker’s Deal'” – the phrase used by French Foreign Minister Laurent Fabius, who reportedly blew up the last round of Geneva talks at the 11th hour earlier this month – in which he echoed Israeli Prime Minister Benjamin Netanyahu’s argument that any easing of sanctions against Iran as part of an interim accord would be irreversible.

Netanyahu and his supporters here have demanded that Iran be denied any sanctions relief pending verifiable steps leading to the virtually complete dismantlement of its nuclear programme, including any enrichment of uranium which Iran has long claimed is its “right” under the Nuclear Non-Proliferation Treaty (NPT).

According to multiple reports, the current offer by the P5+1 governments for an interim accord – which would eventually be superceded by a comprehensive agreement to be finalised within six months to a year – would permit Tehran to continue enrichment to 3.5 percent, although it would not explicitly recognise a “right to enrich”.

Such an agreement would also require Iran to freeze its 20-percent enrichment programme, as well as the number of centrifuges it is operating; place its current stockpile of 20-percent enriched uranium – which is closer to bomb grade – under international supervision pending its transformation into oxide or less-dangerous forms; and an effective suspension of work on its Arak heavy-water facility, which, when operational, would produce plutonium fuel for its nuclear reactors.

In addition the offer calls for an enhanced inspection regime overseen by the International Atomic Energy Agency (IAEA) to monitor compliance.

In return, the P5+1 would permit Iran access to as much as 10 billion dollars of its foreign exchange reserves that are currently frozen in Western banks and ease sanctions on its trade in gold, other precious metals, petrochemicals, and airplane spare parts, according to the latest reports.

Obama has insisted that such concessions keep core financial and oil sanctions intact.

Netanyahu and his backers, however, disagree, arguing any easing of sanctions will trigger the collapse of the entire international sanctions regime, and thus make it possible for Iran to retain its basic nuclear infrastructure and, with it, the capability to build a bomb.

They thus oppose any interim agreement that does not require Iran to dismantle – rather than simply freeze — Arak and most of the rest of its nuclear facilities and capabilities.

But administration officials consider Israel’s demands as a deal-breaker. Indeed, a senior White House official told a confidential briefing Wednesday of think tank analysts and advocacy groups that favour an accord that Israel’s terms would “close the door on diplomacy” and “essentially lead to war,” according to an account published in the Jewish Telegraphic Agency (JTA).

That kind of warning has infuriated neo-conservatives and Israel lobby leaders, as did an op-ed published this week by the influential New York Times columnist Tom Friedman that blasted both the lobby and lawmakers who oppose an interim accord.

“If Israel kills this U.S.-led deal, then the only option is military,” he wrote. “How many Americans or NATO allies will go for bombing Iran after Netanyahu has blocked the best effort to explore a credible diplomatic alternative?”

Indeed, that conclusion was echoed in two polls published this week. Nearly two-thirds of respondents in a Washington Post/ABC poll said they would support an agreement in which “the U.S. and other countries would lift some sanctions against Iran, in exchange for Iran restricting its nuclear programme in a way that makes it harder for it to produce nuclear weapons.”

Fifty-six percent of respondents in a subsequent CNN poll also approved a similarly phrased deal. The latter survey, however, stressed that such a deal would “not end [Iran’s nuclear programme] completely.”

The administration’s strategy gained other influential backers besides Friedman this week. Former national security advisers Brent Scowcroft, who served under President Gerald Ford and George H.W. Bush, and Zbigniew Brzezinski, who served under Jimmy Carter, sent a letter to the Congressional leadership endorsing an interim deal. They were joined by former Secretary of State Madeleine Albright, who served under Bill Clinton.

Brzezinski and Scowcroft were key dissenters in the Iraq war, while Albright initially supported it.