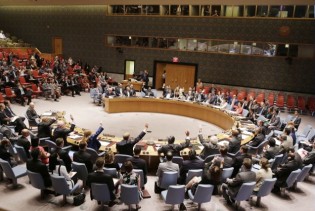 By Daryl G. Kimball
Last month, negotiators from the United States, its P5+1 partners (China, France, Germany, Russia, and the United Kingdom), and Iran agreed to a framework for talks on a “comprehensive solution that would ensure Iran’s nuclear programme will be exclusively peaceful.”

By Gareth Porter
Iran’s pushback against statements by Secretary of State John Kerry and the White House that Tehran must “dismantle” some of its nuclear programme, and the resulting political uproar over it, indicates that tough U.S. rhetoric may be adding new obstacles to the search for a comprehensive nuclear agreement.
Next Page »
ADVERTISEMENT ADVERTISEMENT