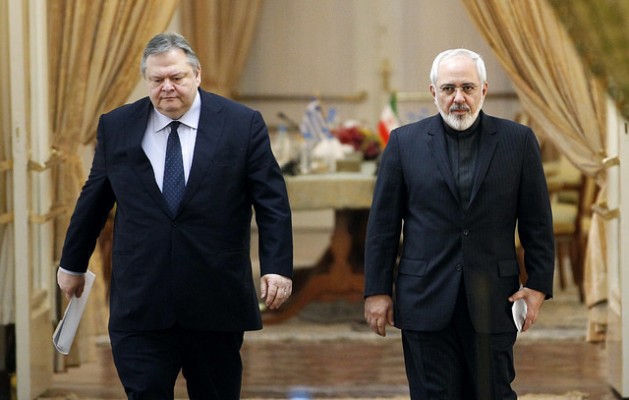 The Iranian team under President Hassan Rouhani, which is headed by Foreign Minister Javad Zarif (right), has also heard domestic criticism of their negotiating strategy ratcheted up in recent weeks. Credit: cc by 2.0

WASHINGTON, May 12 2014 (IPS) - Iran and world powers will resume negotiating a final deal on Tehran’s nuclear programme Tuesday in Vienna while experts warn the hardest work is about to begin.

Representatives from Iran and the U.S. indicated last month that the drafting of a final deal would begin during this round of talks scheduled for five days – the longest session since the extended talks that led to the interim “Joint Plan of Action” (JPOA) reached Nov. 24, 2013 in Geneva.

“The U.S. and its partners in the P5+1 need to understand that Iran, too, needs to come out of these negotiations with its principles intact and something positive to show for the concessions it is being asked to make." -- Shaul Bakhash

“So far Iran has adhered to its undertaking, and it does seem that both sides are determined to see the negotiations through to success,” Shaul Bakhash, a leading scholar on Iran, told IPS.

“However, very tough negotiations lie ahead; and the fact remains that Iran will have to limit its nuclear programme in substantial and painful ways to satisfy the P5+1 [the U.S., U.K, France, China and Russia plus Germany] and to get sanctions lifted,” said the George Mason University professor.

While media reports have emphasised the Jul. 20 deadline for reaching a final deal under the terms of the JPOA, the agreement also allows for the negotiations to be extended by “mutual consent.”

“This is not a development that is landing in the laps of the negotiators,” said Mark Hibbs, a nuclear policy expert at the Washington DC-based Carnegie Endowment for International Peace.

“These negotiations began in a confidence-building mode by addressing low-hanging fruit and [the negotiators] did that because they know their biggest challenge is a lack of confidence and lack of trust,” he said.

“That means that as time moves along and the negotiations make more progress, the issues they address will become incrementally more difficult, and they’ve been prepared for that,” said Hibbs.

Since the JPOA went into effect on Jan.20, Iran has been scaling back and limiting parts of its nuclear programme in exchange for limited sanctions relief.

An Apr. 17 report by the International Atomic Energy Agency (IAEA) said Iran was complying with the JPOA, but Iran has complained that the lingering effects of the sanctions regime have prevented it from accessing the funds allotted to it under the accord.

Attempts by members of the U.S. Congress to impose conditions that some experts likened to “sabotage” and “illusions” for a final deal following the Nov. 24 accord ultimately failed to produce binding legislation.

Those conditions included demands that Iran cease all uranium enrichment and dismantle its entire nuclear programme, two things Iran is allowed to have for purely peaceful purposes according to readings of the Nuclear Non-Proliferation Treaty (NPT) to which Iran is a signatory.

But a successful attempt by the House to attach a “sense of congress” amendment onto the U.S. Annual Defence Bill on May 8 suggests that calls for more conditions for a final deal from Congress could increase as the talks intensify.

“You’ve seen Obama administration officials working very hard behind the scenes to disabuse Congress of any plans to impose additional sanctions that would get in the way of moving forward with Iran,” Hibbs told IPS.

“The real question is whether hardliners in the U.S. who are absolutely determined to prevent President Obama from having a success in this area would throw the baby out with the bathwater and jeopardise a substantial negotiated compromise because they oppose the president for political reasons,” he said.

“So there is pressure, but it’s pressure from the outside, not the inside,” added Hibbs, referring to determination on the part of Iran and the P5+1 to reach a final deal.

The Iranian team under President Hassan Rouhani, which is headed by Foreign Minister Javad Zarif, has also heard domestic criticism of their negotiating strategy ratcheted up in recent weeks.

“There has been criticism of the negotiating team from some members of parliament, commanders of the Revolutionary Guard, prominent members of the clergy and some right-wing newspapers,” noted Bakhash.

“These hard-liners suggest the negotiating team is giving too much away, and is not being tough enough,” he said.

On May 3, several hard-line Iranian politicians, clerics and commentators gathered at the former U.S. embassy in Tehran for a conference focusing on the talks entitled, “We’re concerned”.

The keynote speakers issued a joint statement arguing that a final deal should guarantee Iran’s rights as a NPT member to a peaceful nuclear programme, sanctions should be lifted according to a clear-cut timeline, and a final deal should be shown to the Iranian public and ratified by the Parliament before it’s finalised.

“However, it is also noteworthy that these criticisms have been kept relatively muted; or, at least, they have not been allowed to derail the negotiations. This is probably due to guarded support the Leader, Ayatollah Ali Khamenei, has given Iran’s negotiating team,” he added.

“Despite his own publicly expressed reservations and misgivings, he has allowed the negotiations to continue and to make progress,” he said.

“This suggests that he too wants a deal although his final terms may turn out to be unrealistic,” said Bakhash.

The make or break issues

According to Hibbs, the key issues that must be resolved for a final deal include:

Hibbs said the length of an final agreement could be a major issue: “Some people in Iran have suggested a couple of years and those close to the administration have said 20 years.”

Another major sticking issue will be sanctions relief.

“The U.S and its partners in the P5+1 need to understand that Iran, too, needs to come out of these negotiations with its principles intact and something positive to show for the concessions it is being asked to make,” said Bakhash.

“Otherwise, the hardliners in Iran will jump on Rouhani and his negotiators for selling out Iran’s interests and gravely undermine the president,” he said.