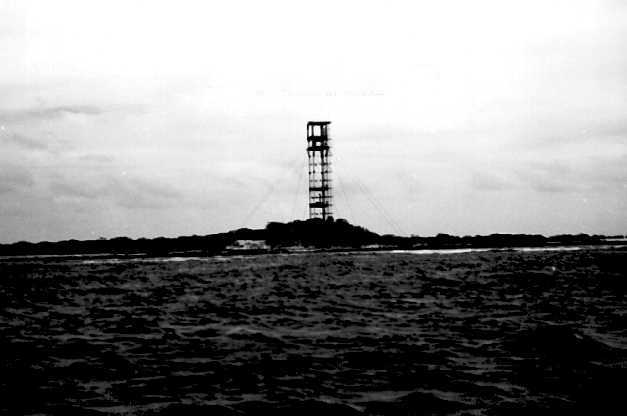 UNITED NATIONS, Aug 30 2014 (IPS) - As the United Nations commemorated the International Day Against Nuclear Tests this week, Secretary-General Ban Ki-moon lamented the fact that in a world threatened by some 17,000 nuclear weapons, not a single one has been destroyed so far.

Instead, he said, countries possessing such weapons have well-funded, long-range plans to modernise their nuclear arsenals.

"While nations still see a strong role for military options, including deterrence by force, then those with nuclear weapons will not be willing to relinquish them." -- Alyn Ware

Ban noted that more than half of the world’s total population – over 3.5 billion out of more than seven billion people – still lives in countries that either have such weapons or are members of nuclear alliances.

“As of 2014, not one nuclear weapon has been physically destroyed pursuant to a treaty, bilateral or multilateral, and no nuclear disarmament negotiations are underway,” he said.

There are still eight countries – China, North Korea, Egypt, India, Iran, Israel, Pakistan and the United States – yet to ratify the Comprehensive Nuclear Test-Ban Treaty (CTBT), whose ratification is required for the treaty’s entry into force.

Alyn Ware, founder and international coordinator of the network, Parliamentarians for Nuclear Non-Proliferation and Disarmament (PNND), told IPS, “Although I support the Aug. 29 commemoration of the International Day Against Nuclear Tests, I would place greater priority on the issue of nuclear abolition than on full ratification of the CTBT.”

He said there is now a customary norm against nuclear tests (the nuclear detonation type) and only one country (North Korea) that occasionally violates that norm.

“The other holdouts are unlikely to resume nuclear tests, unless the political situation deteriorates markedly, elevating the role of nuclear weapons considerably more than at the moment,” Ware said.

The CTBTO (Comprehensive Nuclear Test-Ban Treaty Organisation) is working very effectively on implementation, verification and other aspects even though the CTBT has not entered into force, he added.

Ware also pointed out the issue of nuclear abolition is more closely related to current tensions and conflicts.

“While nations still see a strong role for military options, including deterrence by force, then those with nuclear weapons will not be willing to relinquish them, and we face the risk of nuclear conflict by accident, miscalculation or even design,” warned Ware, a New Zealand-based anti-nuclear activist who co-founded the international network, Abolition 2000.

Kazakhstan was one of the few countries to close down its nuclear test site, Semipalatinsk, back in 1991, and voluntarily give up the world’s fourth largest nuclear arsenal, with more than 110 ballistic missiles and 1,200 nuclear warheads.

Ambassador Kairat Abdrakhmanov, permanent representative of the Republic of Kazakhstan to the United Nations, told IPS his country’s decision to withdraw from membership of the “nuclear club” was more a question of political will because “Kazakhstan genuinely believed in the futility of nuclear tests and weapons which can inflict unimagined catastrophic consequences on human beings and the environment.”

In 1949, Ban pointed out, the then Soviet Union conducted its first nuclear test, followed by another 455 nuclear tests over succeeding decades, with a terrible effect on the local population and environment.

“These tests and the hundreds more that followed in other countries became hallmarks of a nuclear arms race, in which human survival depended on the doctrine of mutually assured destruction, known by its fitting acronym, MAD,” he noted.

“As secretary-general, I have had many opportunities to meet with some of the courageous survivors of nuclear weapons and nuclear tests in Hiroshima, Nagasaki and Semipalatinsk.”

Their resolve and dedication “should continue to guide our work for a world without nuclear weapons,” he added.

He stressed that achieving global nuclear disarmament has been one of the oldest goals of the United Nations and was the subject of the General Assembly’s first resolution as far back as 1946.

“The doctrine of nuclear deterrence persists as an element in the security policies of all possessor states and their nuclear allies,” Ban said.

This is so despite growing concerns worldwide over the catastrophic humanitarian consequences of the use of even a single nuclear weapon, let alone a regional or global nuclear war, he added.

Currently, there are five nuclear weapon states, namely the United States, Britain, Russia, France and China, whose status is recognised by the Nuclear Non-proliferation Treaty (NPT).

All five are veto-wielding permanent members of the U.N. Security Council (P5), the only body empowered to declare war or peace.

North Korea has conducted nuclear tests but the possession of weapons is still in lingering doubt.

This is what has spurred countries like Kazakhstan to establish the International Day Against Nuclear Tests as a platform to promote a nuclear-weapon-free world, he said.

“And it has spurred Marshall Islands to take this incredibly David-versus-Goliath case to the International Court of Justice in The Hague (ICJ),” he added.

This has also given rise to the humanitarian consequences dimension, which has gained some traction and will be discussed at the third conference coming up in December.

But without increased confidence in the capacity to resolve conflicts without the threat or use of massive force, countries will continue to rely on nuclear deterrence, even if they do not intend to use the weapons, Ware said.

Thus, UNFOLD ZERO, which is promoting the International Day for the Total Elimination of Nuclear Weapons, is also advancing cooperative security approaches through the United Nations to resolve conflicts and security threats, he added.