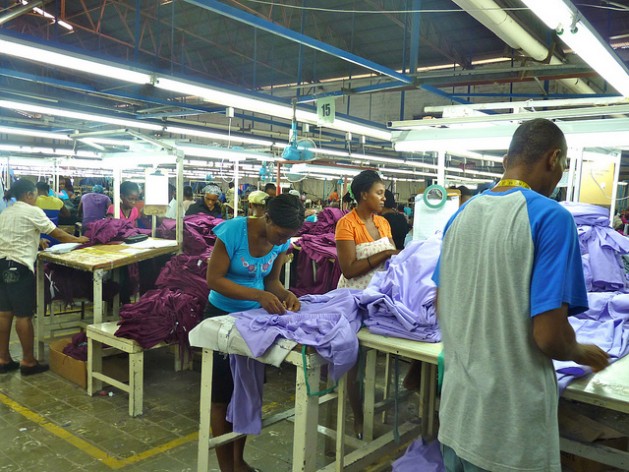 WASHINGTON, Aug 26 2014 (IPS) - Civil society groups from several continents are stepping up a campaign urging the World Bank to strengthen a series of changes currently being made to a major annual report on countries’ business-friendliness.

The World Bank is in the final stages of a years-long update to its Doing Business report, one of the Washington-based development institution’s most influential analyses yet one that has also become increasingly controversial. Critics now say the first round of changes, slated to go into effect in October, don’t go far enough.

"It’s a public relations exercise but with reasonably solid metrics behind it, and it’s the joining of these two things that makes Doing Business valuable in the policy world.” -- Scott Morris of the Center for Global Development

On Monday, a coalition of 18 development groups, watchdog organisations and trade unions called on the World Bank Group to take “urgent action” to implement “significant changes” to the Doing Business reforms. In particular, they are asking the bank to adhere more closely to detailed recommendations made last year by a bank-commissioned external review panel chaired by Trevor Manuel, a former planning and finance minister for South Africa.

“It looks like the flaws found by the Independent Panel chaired by Trevor Manuel will be ignored and its recommendations are nowhere close to being implemented,” Aldo Caliari, director of the Rethinking Bretton Woods Project at the Center of Concern, a Catholic think tank here, told IPS. “This is in spite of a wide chorus of civil society organisations and shareholders that supported them.”

While the World Bank’s mission is to fight global poverty, Caliari and others dispute whether the Doing Business report’s metrics are pertinent to poor communities. Others say they can be outright detrimental.

Both civil society investigations and the Manuel commission have suggested “how little relevance the areas and indicators have to the reforms that matter to small and medium companies in developing countries,” Caliari says. “They seem far more oriented to support operations of large transnationals in those countries.”

Such concerns stem from the outsized influence that the Doing Business report has built up, particularly in the developing world, since it was introduced in 2003. Reportedly, the report is used by some 85 percent of global policymakers.

The core of the report remains a simple aggregated ranking of countries, known as the Ease of Doing Business index. While based on a complex series of business-friendliness metrics, the high profile of the index results has inevitably led governments to compete among one another to raise their country’s ranking and, hopefully, strengthen foreign investment.

Yet a direct effect of this competition, critics say, is governments being pushed to adhere to a uniform set of policy recommendations. These include lowering taxes and wages and weakening overall industry regulation, thus potentially endangering the poor.

“[T]he report’s role is to inform policy, not to outline a normative position, which the rankings do,” the 18 groups wrote to World Bank Group President Jim Kim at the end of July. “Doing Business needs to become better aligned with moves towards greater country-owned and led development and an appreciation of the importance of a country’s circumstances, stage of development and political choices.”

In its report last June, the Manuel commission likewise urged the bank to drop the ranking system entirely, noting that this constituted “the most important decision the Bank faces with regard to the Doing Business report.”

In response, the bank is reforming the methodology behind its ranking calculations. In part, this includes broadening its analysis to use data from two cities in most countries, rather than just one.

More broadly, the new calculations will constitute an effort simultaneously to continue to offer a relative score for each country but also to decrease the importance of the specific ranking.

“This approach will provide users with additional information by showing the relative distances between economies in the ranking tables,” an announcement on the changes stated in April. (The bank was unable to provide additional comment by this story’s deadline.)

“By highlighting where economies’ scores are close, the new approach will reduce the importance of difference in rankings,” the announcement continues. “And by revealing where distances between scores are relatively greater, it will give credit to governments that are reforming but not yet seeing changes in rankings.”

Some development scholars have pushed against the Manuel commission’s recommendations on the index, defending the need for the bank to maintain its aggregate rankings in some form.

“The Doing Business report isn’t a research exercise – it’s a policymaking tool. Because of the rankings it has a unique value, particularly for those countries that have a long way to go on economic reform,” Scott Morris, a senior associate at the Center for Global Development, a think tank here, told IPS after the Manuel commission’s report was published.

“Internally, it gives government officials something simple and targeted to latch onto, much more than a 500-page report would do. It’s a public relations exercise but with reasonably solid metrics behind it, and it’s the joining of these two things that makes Doing Business valuable in the policy world.”

Yet others warn that the rankings themselves continue to be problematic, even in their new form.

The reforms are “not satisfactory, as the rankings will continue to influence the policy agenda of many developing countries despite their methodological flaws,” Tiago Stichelmans, a policy and networking analyst at the European Network on Debt and Development, told IPS in an e-mail.

“The problem of the rankings is the fact that they are based on regulatory measures in a single city (which is due to become two cities) for every country and are therefore irrelevant to many communities. The rankings also have a bias in favour of deregulatory measures that have limited impact on development.”

Of course, many would support the idea of tracking country-by-country policies aimed at encouraging industry to help bolster development metrics. But Stichelmans says this would require major changes, including a move away from the report’s current focus on reforms to the business environment.

“A shift from promoting low tax rates and labour deregulation to taxes paid, decent jobs created and [small and medium enterprises] supported would be a step in the right direction,” he says.

Ideas from NGOs have included indicators on corruption and human rights due diligence, Stichelmans continues, “but this must be accompanied by a drastic overhaul.”

For now, some of the newly announced changes are expected to be incorporated into the Doing Business report for 2015, slated to be released in late October. Other reforms, including some yet to be announced, will be introduced in future reports.