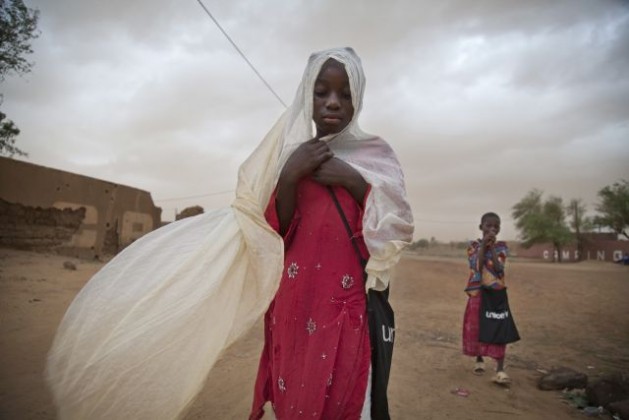 UNITED NATIONS, Jan 23 2015 (IPS) - When the East African nation of Somalia, once described as a “lawless state”, ratified the Convention on the Rights of the Child (CRC) early this week, it left two countries in splendid isolation from the rest of the world: South Sudan and the United States.

"The U.S. cannot credibly encourage other nations to embrace human rights for children if it fails to embrace these norms." -- Meg Gardinier

Understandable, say human rights experts, because it was created and joined the United Nations only in July 2011 – and has since taken steps to start the domestic process in ratifying the treaty, probably later this year.

But the United States?

Kul Gautam of Nepal, a former U.N. assistant secretary-general and deputy executive director of the U.N. children’s agency UNICEF, told IPS the United States did sign the CRC back in February 1995 when Ambassador Madeline Albright was the U.S. envoy to the United Nations.

But the U.S. government has never submitted the treaty for ratification by the U.S. Senate, he added (where it needs a two-thirds vote for approval).

Asked if there is ever a chance the United States will ratify the treaty, bearing in mind that a conservative, right-wing Republican Party now wields power on Capitol Hill, Gautam said: “With the current composition of the U.S. Congress, there is no chance for its ratification.”

But still held out hope, adding, “Future ratification is not to be ruled out.”

Somalia became the 195th State Party to the CRC, described as “the most ratified international human rights treaty in history.”

UNICEF Executive Director Anthony Lake applauded Somalia’s ratification of the CRC and said he looks forward to supporting the nationwide effort to translate the rights of the Convention into practical action for every child in that country.

He said by ratifying the Convention, the government of Somalia is making an investment in the wellbeing of its children, and thus in the future of its society.

“The central message of the Convention is that every child deserves a fair start in life,” said Lake. “What can be more important than that?”

The CRC, which was approved by the U.N. General Assembly in 1989 and came into force in 1990, commemorated its 25th anniversary last year.

Asked about U.S. objections, Meg Gardinier, chair of the Campaign for U.S. Ratification of the CRC, told IPS U.S. opposition to ratifying the Convention is largely centered on two arguments.

First, the CRC will undermine the role of parents in raising their children and, second, the U.S. ratification of international human rights treaties will weaken U.S. sovereignty.

Asked about the chances of future ratification, she said, “We are hopeful that the U.S. will eventually ratify the CRC, but it is a question of when?”

When U.S. President Barack Obama was campaigning in 2008, he said, “It is embarrassing that the U.S. is in the company of Somalia, a lawless land. If I become president, I will review this and other human rights treaties.”

But to date, there has been no “review” of the CRC, an important first step before submitting this to the Senate.

Gardinier said the Campaign for U.S. Ratification led an important effort urging the president to send the CRC to the Senate Foreign Relations Committee.

As a result, executives of some 125 national and global organisations signed onto a letter to President Obama pressing this request.

This includes a diverse group of U.S. organisations, including the American Academy of Pediatrics, American Bar Association, Child Welfare League of America, Covenant House, Evangelical Lutheran Church of America, and United Methodist Church – all of them supporting U.S. ratification of the CRC.

Ironically, the United States was a leading contributor to the drafting of the treaty and in fact shaped a significant number of provisions.

In total, the United States initiated seven articles, including Article 10 (family reunification), Articles 14 (freedom of religion), 16 (right to privacy), 19 (protection from abuse) 13 (freedom of expression), 15 (freedom of association and assembly) and 25 (review of placement.)

The provisions contained in the CRC are largely consistent with U.S. law, while additional provisions would be implemented through federal and state legislation in a manner and timeframe determined by the U.S. legislative process.

“The U.S. cannot credibly encourage other nations to embrace human rights for children if it fails to embrace these norms,” Gardinier told IPS.

“It is the Campaign’s conviction that the CRC protects children, preserves and strengthens families and is unquestionably improving the lives of children,” she declared.

Contrary to U.S. misgivings, the Convention strongly defends the need for families and the importance of parents, say human rights experts.

The treaty underscores that a strong family is crucial for children and for societies and there is ample language throughout the CRC to support the responsibilities, rights and duties of parents.

In fact, 19 articles of the CRC explicitly recognise the importance of parents and family in the lives of children.

The rights for children in the CRC mirror both the U.S. Constitution and the Bill of Rights, at the insistence of the two former administrations – under President Ronald Reagan and George H.W. Bush Administrations – that worked on this treaty.

“They are not meant to set children against parents,” said Gardinier.