Somar Wijayadasa, a former Representative of UNAIDS and a one-time UNESCO delegate to the U.N. General Assembly sessions, is a Moscow-educated international lawyer. 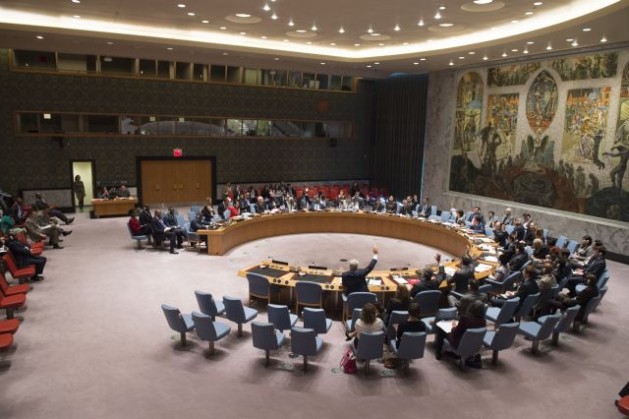 NEW YORK, May 1 2015 (IPS) - The United Nations was created to save succeeding generations from the scourge of war, protect human rights, maintain international peace and security, and uphold international law. Its 70-year history is marked with many successes, but also disappointments. We need to look at both sides so that we can make the U.N. more effective in the future.

The U.N. has an impressive record of resolving many international conflicts. U.N. peacekeepers have, since 1945, undertaken over 60 field missions and negotiated 172 peaceful settlements that ended regional conflicts. Right now, peacekeepers are in 20 hot spots around the world trying to save lives and avert wars.

The Security Council must be reformed and strengthened to enable the U.N. as a whole to confront and resolve complex challenges of our world.

The U.N. also fought for the liberation of countries that have been under colonial rule for over 450 years. Eighty nations and more than 750 million people have since been freed from colonialism.

The 1948 Universal Declaration of Human Rights empowered the U.N. to act as custodian for the protection of human rights, discrimination against women, children’s rights, torture, missing persons and arbitrary detention that was occurring in many countries.

Moreover, the U.N. and its specialised agencies are engaged in enhancing all aspects of human life, including education, health, poverty reduction, the rights of women and children, and climate change.

As a result, the Nobel Peace Prize was awarded 12 times to the U.N., its specialised agencies, programmes and staff. This included an award in 1988 to the U.N. Peacekeeping Forces, and in 2001 to the U.N. and its secretary-general, Kofi Annan.

The U.N. defined, codified and expanded the realm of international law, governing the legal responsibilities of States in their conduct with each other, and their treatment of individuals within State boundaries. More than 560 multilateral treaties on human rights, refugees, disarmament, trade, oceans, outer space, etc. encompassing all aspects of international affairs were negotiated by the U.N.

The U.N. has made progress with its eight Millennium Development Goals, which will be followed by 17 Sustainable Development Goals to enhance social, environmental and economic progress by 2030. But it could not stop the United States from abandoning the Kyoto Protocol, ignoring the Comprehensive Nuclear Test Ban Treaty, repudiating the Biological Weapons Convention, and repealing the Anti-Ballistic Missile Treaty.

The U.N. is not without shortcomings. In 1970, when the Nuclear Non-proliferation Treaty (NPT) was signed by 190 nations, all five superpowers owned nuclear weapons. Later, despite the NPT and Partial Test Ban Treaty, several countries – North Korea, Israel, Pakistan, and India – developed nuclear weapons. This revealed the U.N.’s inability to enforce regulations on offending nations.

Along similar lines, the U.N.’s International Court of Justice has resolved major international disputes, but the U.N.’s veto powers have limited its effectiveness at critical times.

The International Criminal Court, established in 2002, has prosecuted several war criminals – but it has been criticised for prosecuting only African leaders while Western powers too have committed war crimes.

Dag Hammarskjold, secretary-general  from 1953-1961, said that the “U.N. was not created to take mankind to heaven, but to save humanity from hell.” The U.N. has solved many violent conflicts, prevented wars, and saved millions of lives but it also faced disappointments.

In Cambodia, a peacekeeping mission (1991–95) ended violence and established a democratic government, but well after Pol Pot’s Khmer Rouge (1975-79) had executed over 2.5 million people.

A recent report by “Body Count” revealed that “in addition to one million deaths in Iraq, an estimated 220,000 people have been killed in Afghanistan and 80,000 in Pakistan as a result of US foreign policy”.

The Arab Spring in the Middle East caused thousands of deaths and regime changes in Tunisia, Egypt, Libya and Yemen. Libya is devastated with over 40,000 deaths, and the civil war in Syria has killed over 220,000 people. These wars have displaced over 50 million people. Now, ISIS has infiltrated these countries causing gruesome killings, human rights abuses, and war crimes, at an unprecedented rate.

These catastrophic events might have been prevented if the Member States of the U.N. had the ability to resolutely act in a timely manner. But the U.N. is not a world government, and it does not have a standing army of peace-keepers ready for deployment. And, it is the Member States that make decisions at the U.N.

These setbacks clearly reflect the shortcomings of the U.N. Security Council, and its veto powers that allow some members’ own interests to be placed ahead of the need to end a raging conflict.

During the last 70 years, geopolitics have changed drastically that call for reform of the U.N. – to meet global needs and challenges of the 21st century.

Member States accuse the Security Council of being arrogant, secretive and undemocratic but the veto powers resist change. Meanwhile, violations of the U.N. Charter by powerful countries continue to erode the effectiveness of the United Nations.

However, as mandated by its Charter, the U.N. has prevented another World War. The U.N. has made impressive and unprecedented progress in all aspects of human development, bringing great benefits to millions of people around the world.

Our convoluted world needs the U.N. The Security Council must be reformed and strengthened to enable the U.N. as a whole to confront and resolve complex challenges of our world.

As President Obama has said, the U.N. is imperfect, but it is also indispensable.