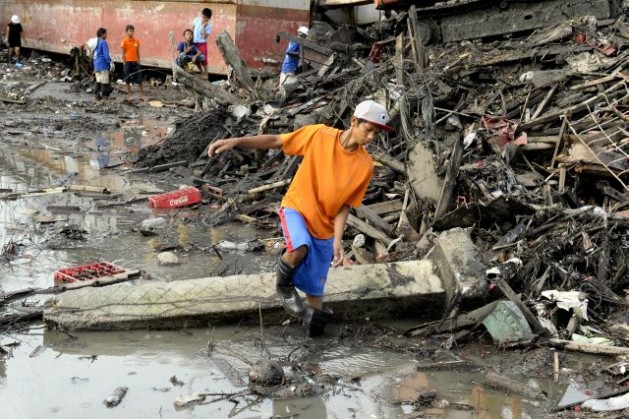 NEW YORK, Jul 17 2015 (IPS) - A new report by the U.S. National Oceanic and Atmospheric Administration (NOAA) Center for Weather and Climate has found that 2014 was the warmest year ever recorded, with Eastern North America the only major region in the world to experience below-average annual temperatures.

“The variety of indicators shows us how our climate is changing, not just in temperature but from the depths of the oceans to the outer atmosphere,” said Thomas R. Karl, director, NOAA National Centers for Environmental Information.

“It’s been a pretty persistent and continuous message over the past 10 years at least that we are seeing a planet that is warming,” Karl told reporters.

The report is based on contributions from 413 scientists from 58 countries around the world.

The greenhouse gases causing this warming continued to climb to historic highs, with atmospheric carbon dioxide (CO2) concentrations increasing by 1.9 ppm (parts per million) in 2014, reaching a global average of 397.2 ppm for the year. This compares with a global average of 354.0 in 1990 when the report was first published just 25 years ago.

Record temperatures were also observed near the Earth’s surface, with almost no region escaping unscathed.

Greg Johnson, an oceanographer at the NOAA’s Pacific Marine Environmental Laboratory, told reporters on a conference call that climate change is now irreversible.

“I think of it more like a fly wheel or a freight train,” he said. “It takes a big push to get it going but it is moving now and will contiue to move long after we continue to pushing it.

The report adds to a mountain of data warning of the catastrophic effects of climate change.

This December, government and civil society delegations will assemble for COP21, also known as the 2015 Paris Climate Conference. It will be the first time in over 20 years of U.N. negotiations that a new a legally binding and universal treaty will be agreed on climate change, with the goal of keeping global warming below two degrees C.

But many are sceptical that COP21 will achieve the drastic and immediate CO2 cuts required to avert the worst.