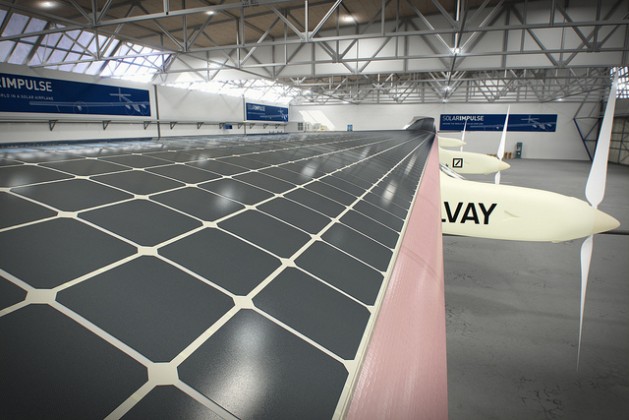 UNITED NATIONS, Jul 9 2015 (IPS) - A group of international scientists, designated as advisers to U.N. Secretary-General Ban Ki-moon, has conveyed a significantly timely message to him: science, technology and innovation (STI) can be “the game changer” for the U.N.’s future development efforts.

The Board calls for an annual Global Sustainable Development Report (GSDR) - a flagship UN publication, like the Human Development Report - that monitors progress, identifies critical issues and root causes of challenges, and offers potential ways forward.

The Secretary-General’s 26-member Scientific Advisory Board says while a target of one percent of Gross Domestic Product (GDP) for research and development (R&D) is perceived as high by many governments, countries with strong and effective STI systems invest up to 3.5 percent of their GPD in R&D.

“If countries wish to break the poverty cycle and achieve (post-2015 Sustainable Development Goals), they will have to set up ambitious national minimum target investments for STI, including special allotments for the promotion of basic science and science education and literacy.”

It can assist in solving critical problems such as access to energy, food and water security, climate change and biodiversity loss, according to the report.

Created by the Paris-based U.N. Educational, Scientific and Cultural Organization (UNESCO), on behalf of the Secretary-General, the Board is comprised of experts from a range of scientific disciplines relevant to sustainable development, including its social and ethical dimensions.

Dr Salvatore Arico, senior programme specialist and team leader, Science-Policy Interface and Assessments Division of Science Policy and Capacity Building Natural Sciences Sector at UNESCO, told IPS STI can be found in all of the four main elements of the post-2015 development agenda: Declaration; SDGs/Targets/indicators; Means of Implementation; and Accountability Frameworks for monitoring & evaluation – in different degrees and in relation to specific systems and sectors.

He pointed out that STI contributes to the knowledge basis, and can and should play an important role for data gathering and analysis, in relation to the several of the proposed 17 SDGs and, particularly, those on water (SDG 6), the food-energy-water nexus (SDGs 2, 6 and 7), and the crosscutting contribution of STI inter alia in relation to ensuring access to energy for all, inclusive and sustainable economic growth, building resilient infrastructures, including of cities and human settlements, combating climate change, and promoting inclusive societies (SDGs 7, 8, 9, 11 and 13 and 16, respectively).

Among its recommendations, the Board calls for an annual Global Sustainable Development Report (GSDR) – a flagship U.N. publication, like the Human Development Report – that monitors progress, identifies critical issues and root causes of challenges, and offers potential ways forward.

The GSDR would synthesise and integrate findings from a wide range of scientific fields and institutions, developed with strong inter-agency support involving a suggested consortium of U.N. agencies working on sustainable development.

Asked how this should be implemented, Dr Arico told IPS there are indications, especially on the Scientific Advisory Board, that the GDSR should be ‘elevated’ and be designed and conducted so as to become the equivalent of the Human Development Report, which is one of the best known publications in the U.N. system.

“This would require resources and a great level of U.N. inter-agency coordination,” he added.

Additionally, the Board also calls for a dedicated seat for science at an influential new world leaders’ forum created to promote and monitor sustainable development – the U.N. High Level Political Forum (HLPF) on Sustainable Development – since science needs to be engaged “formally in the HLPF as an advisor rather than an observer.”

“This could be accomplished by creating a formal seat for science on the HLPF, and/or by involving the Scientific Advisory Board and organisations such as the National Academies of Sciences, UNESCO, International Council for Science (ICSU), Future Earth, regional scientific bodies, and others,” says the report.