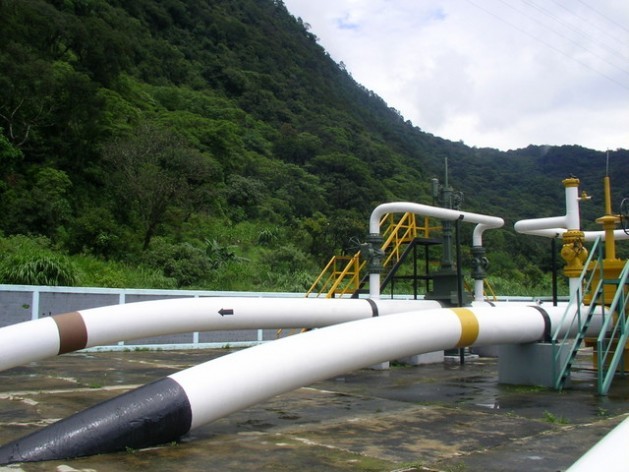 MEXICO CITY, Sep 28 2015 (IPS) - The Mexican government has increasingly turned to public–private partnerships (PPPs) to build infrastructure in the energy industry and other areas. But critics say this system operates under a cloak of opacity and is plagued by the discretional use of funds.

As the 2013 energy reform, which opened the industry to national and international private capital, is implemented, PPPs have become more and more frequent.

In the case of the state oil company Pemex, “it doesn’t form alliances with just anyone, only with corporate giants. It doesn’t talk much about those deals. They’re very hard to track,” said Omar Escamilla, a researcher on fossil fuels with the non-governmental Project on Organising, Development, Education, and Research (PODER).

The analyst told IPS that “The PPPs are formed with companies registered in tax havens, which makes it difficult for the Mexican justice system to hold them accountable or request reports on how the funds are used.”

“What is worrisome is who the partnerships are formed with, where the capital comes from, and what is the history of those companies,” he said.

“The PPPs are formed with companies registered in tax havens, which makes it difficult for the Mexican justice system to hold them accountable or request reports on how the funds are used.”-- Omar Escamilla

The Law on Public–Private Partnerships, in effect since 2012 and amended in 2014, regulates long-term contractual arrangements by the public sector for the provision of services that use infrastructure partially or totally provided by the private sector.

The law requires that the contracts be put out to tender, and gives the state the power to declare the works of public utility and to expropriate land, while setting a minimum timeframe of 40 years for the contracts.

According to the World Bank, “PPPs are typically medium to long term arrangements between the public and private sectors whereby some of the service obligations of the public sector are provided by the private sector, with clear agreement on shared objectives for delivery of public infrastructure and/ or public services.”

But critics say they bind governments to payments under lengthy contracts. They also argue that they can bring down spending on public services, mask the true extent of the public debt, disguise the privatisation of public services, and drive up costs.

At the federal level, Mexico has 29 PPPs, while different states have a combined total of 20.

The energy reform approved in December 2013, the biggest transformation of the industry in the last eight decades, opened up oil exploration, extraction, refining, transportation, distribution and sale of oil and its by-products to local and foreign private investment.

In the last 20 years, Pemex has turned to PPPs to build oil industry infrastructure, as a way to get around the legal and economic limitations of a state monopoly, says the study “Analysis of the business structure in Mexico’s oil industry,” published by PODER in June.

For example, in 1996 Pemex and the U.S.-based Sempra Energy formed a partnership to create Gasoductos de Chihuahua, which became the biggest player in Mexico’s natural gas industry, because it controls nine companies by means of two joint ventures and seven partner companies, all of which form part of Pemex’s organisational chart.

With the aim of developing three mature fields in the southern state of Tabasco, PMI Campos Maduros Sanma, a subsidiary of Pemex, formed a partnership in 2011 with the subsidiaries in Mexico of the private trasnational corporations Petrofac Limited (UK) and Schlumberger Limited (U.S.).

In 2013, Pemex transferred the Planta Clorados III petrochemical complex, one of the national petrochemical industry’s most important assets, to the local firm Mexichem, creating the company Petroquímica Mexicana de Vinilo. In the joint venture, Mexichem controls 55.1 percent of the shares and Pemex holds the rest.

Another case is Gasoductos de Chihuahua, the company that will be responsible for the operation and maintenance of the Los Ramones pipeline, the biggest investment in infrastructure for transporting gas in half a century, with a capacity to transport 3.5 billion cubic feet of natural gas a day over a distance of 900 km.

The pipeline will link central Mexico with the U.S. border in the north.

The gas pipelines that the Mexican government is building to provide gas industry infrastructure are actually the biggest business scheme for the private sector to form ties with Pemex in the natural gas industry, says the Poder report.

The Comisión Federal de Electricidad, a state power company, has followed a similar strategy with the construction and operation of wind power farms in the southern states of Oaxaca and Chiapas.

“Oversight, accountability and transparency are pending tasks, to carry out a comprehensive review of these mechanisms,” Arturo Oropeza, a professor at the National Autonomous University of Mexico’s Economic Research Institute, told IPS.

“There has been a lack of instruments for this, as well as a lack of an integral vision for understanding what happened. What is needed is a sectoral evaluation,” he said.

“Evaluating the environment for public-private partnerships in Latin America and the Caribbean”, published in April, lists Mexico among the countries with the best conditions for PPPs.

The list, which assessed 19 countries in the region based on 19 indicators involving electricity, transportation and water infrastructure, classified Mexico as the best-placed in terms of investment climate and worst in terms of the domestic context.

The report was produced by the Inter-American Development Bank; its private financing arm, the Multilateral Investment Fund; and the Intelligence Unit of the British magazine The Economist.

It states that issues like transparency represent a challenge to the development of more PPPs.

The report mentions the lack of significant independent oversight of compliance with contracts, and says the largest projects have been granted through direct negotiations in cases where there was only one interested party, even though the law requires that they be put out to tender.

Chile headed the list, with nearly 77 points out of a possible 100, followed by Brazil (75); Peru (70.5) and Mexico (nearly 68). Nicaragua, Argentina and Venezuela tailed the list.

Mexico has earmarked some 300 billion dollars for PPPs over the next three years.

In Escamilla’s view, the outlook in Mexico is not promising, given the increased use of PPPs.

“It’s important to generate frameworks for oversight and operability. PPPs should be held accountable with regard to how the partner was chosen, their profile, their history of bribes and fraudulent payments….And if these criteria are not met, the option is to look for other partners,” he said.