Isabel Ortiz, is the director of the Social Protection Department at the International Labour Organization (ILO). This column is based on the working paper “The Decade of Adjustment: A Review of Austerity Trends 2010-2020 in 187 Countries” by Isabel Ortiz, Matthew Cummins, Jeronim Capaldo and Kalaivani Karunanethy, and its policy brief, published by the ILO Social Protection Department, the Initiative for Policy Dialogue at Columbia University and the South Centre. 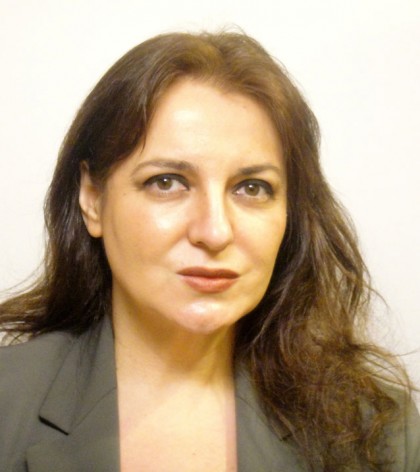 Isabel Ortiz, is the director of the Social Protection Department at the International Labour Organization (ILO)

GENEVA, Dec 10 2015 (IPS) - Analysis of the latest International Monetary Fund (IMF) expenditure projections for 187 countries between 2005 and 2020 reveals that there have been two distinct phases of government spending patterns since the onset of the global economic crisis.

During the first phase (2008-09) many countries introduced fiscal stimulus and expanded public spending as a countercyclical measure to cushion the impacts of the global crisis on their populations. Overall, 137 countries (or 73 per cent of the world) ramped up expenditure, with the average annual expansion amounting to 3.3 per cent of gross domestic product (GDP). About 50 high and middle-income countries announced fiscal stimulus packages totalling US$2.4 trillion, of which approximately a quarter was invested in social protection measures.

The second period of crisis (2010 onwards) is marked by fiscal adjustment. In 2010, premature budget cuts became widespread, despite the ongoing and urgent need of vulnerable populations for public support.

This phase is characterized by two major contractionary shocks, the first occurring in 2010-11 and the second expected to hit in 2016 and continue at least until 2020.

According to IMF projections, 2016 marks the beginning of a second, major period of expenditure contraction globally. Overall, budget reductions are expected to impact 132 countries in 2016 in terms of GDP and hover around this level until 2020. Developing world will be the most severely affected. Overall, 81 developing countries, on average, are projected to cut public spending during the forthcoming shock versus 45 high-income countries. Expenditure contraction is expected to impact more than two-thirds of all countries annually, affecting more than six billion persons or nearly 80 per cent of the global population by 2020.

A review of recent IMF reports indicates that governments are weighing various adjustment measures, as summarized below.

Eliminating or reducing subsidies: Overall, 132 governments in 97 developing and 35 high-income countries are reducing subsidies, predominately on fuel, but also on electricity, food and agriculture. The Middle East, North- and Sub-Saharan Africa are the regions being hardest hit.

Wage bill cuts/caps: as recurrent expenditures like salaries of teachers, health workers and local civil servants tend to be the largest component of national budgets, an estimated 130 governments in 96 developing and 34 high-income countries are considering to contain the wage bill, often as a part of civil service reforms.

Rationalizing and further targeting social safety nets: overall, 107 governments in 68 developing and 39 high-income countries are considering rationalizing their spending on welfare, often by revising eligibility criteria and targeting to the poorest, reducing social protection coverage. IMF country reports generally associate targeting with poverty reduction, as a way to reconcile poverty reduction with austerity; however, targeting risks excluding large segments of vulnerable and low income households. Rather than targeting and scaling-down to achieve cost savings over the short term, there is a strong case for scaling up social protection for all.

Labour market flexibilization is being discussed by 89 governments in 49 developing and 40 high-income countries. Reforms include revising the minimum wage, limiting salary adjustments to cost of living benchmarks, decentralizing collective bargaining, and easing firing and compensation arrangements at the enterprise level. Labour market reforms are supposedly aimed at increasing competitiveness and supporting businesses during recessions. However, available evidence suggests that labour market flexibilization will not generate decent jobs. On the contrary, in a context of economic contraction, this approach is likely to generate labour market “precarization,” depress domestic incomes/demand and ultimately hinder recovery efforts.

Reforming health systems: 56 governments in 34 developing and 22 high-income countries are discussing reforms to their healthcare systems, generally through increasing fees and co-payments as well as by introducing cost-saving measures in public health centres.

Increasing consumption taxes on goods and services. Some 138 governments in 93 developing and 45 high-income countries are considering options to boost revenue by raising VAT or sales tax rates or removing exemptions. However, increasing the cost of basic goods and services can erode the already limited incomes of vulnerable households and stifle economic activity. Alternatively, progressive tax approaches should be considered, such as taxes on income, inheritance, property and corporations, including the financial sector.

Privatization of public assets and services: according to IMF reports, this revenue generation approach is being pondered by 55 governments in 40 developing and 15 high-income countries. Sales proceeds produce short-term gains, but also long-term losses given the lack of future revenues; additionally, privatization risks include layoffs, tariff increases, unaffordable and low quality goods and public services.

Projections using the UN Global Policy Model indicate that the spending cuts will negatively affect GDP and employment in all regions. Global GDP is estimated to be 5.5 per cent lower by 2020 resulting in the loss of millions of jobs.

In difficult times, it is imperative that countries aggressively explore all possible alternatives to promote national socio-economic development with jobs and social protection. There are many options, available in virtually all countries:

The projected fiscal contraction trajectory is questionable ­in terms of timing, scope and magnitude. Policymakers should be encouraged to recognize the high human and developmental costs of poorly-designed adjustment strategies and to consider alternative policies that support a recovery for all. It does not need to be a decade of adjustment, policymakers have a variety of options to expand fiscal space at their disposal, which should be examined in open, national dialogue.