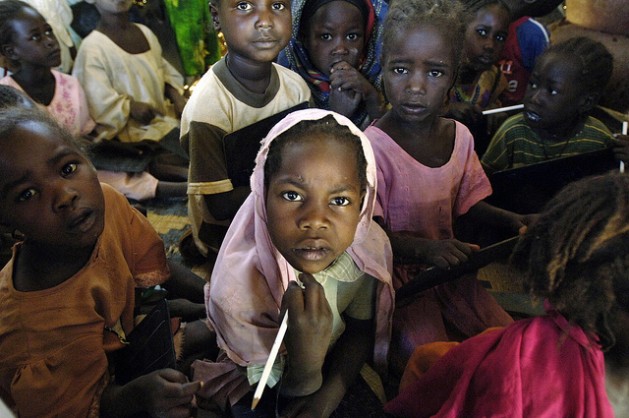 KAMPALA, Uganda, Feb 16 2016 (IPS) - After escaping the genocide in Sudan’s Darfur region during which his father and two brothers were killed and his mother and sister displaced, Adam (named changed), began a new chapter. But it was a life “in limbo”. Over a decade later, he remains trapped in a strange country where he struggles to prove his identity; cannot find work or receive financial support.

“An egg and a stone cannot fight,” said Adam, quoting an African proverb, adding that “as a refugee or a stateless person you don’t have the power to resist the authorities.” The Darfuri is one of the many “refugees in orbit” created by the “flaws” in Israel’s “voluntary” return procedure, as NGOs have labeled them.

About 3,000 Eritrean and Sudanese asylum-seekers have left Israel over the past two years, not to their country of origin, but under a deal shrouded in secrecy for Uganda and Rwanda. These countries cannot guarantee their rights or safety and leaves them further “wandering in search of protection”, stated the Hotline for Refugees and Migrants (HRM), which has released several reports on the issue.

A spokesperson for the Rwandan government did not reply to queries from IPS, but last week a newspaper reported the foreign affairs minister saying the country, along with “a number of other countries”, were approached by Israel “about two or one and a half years ago”, but a deal was yet to be finalised with Rwanda. There are still flights from Israel to Kigali three times a week, according to HRM.

But the government of neighbouring Uganda continues to deny that any agreement exists, despite more asylum seekers leaving the Middle East on a flight to Uganda last July, according to the Israeli-based NGO. A deal between Israel and Uganda was said to include Israeli arms, military expertise and training, a senior Israeli official said, according to a 2013 report by website Ynetnews.

Uganda’s state minister for refugees, Musa Ecweru, and foreign ministry spokesperson Sam Omara stated they were not aware of an arrangement which has left many refugees stranded in the country.

According to a source in UNHCR Uganda, “We know of seven asylum seekers that have sought asylum in Uganda, having been relocated from Israel.” They said the government had “long been categorical that there is no agreement with Israel for such relocations”. But these cases were before the Inter-Ministerial Refugee Eligibility Committee for “determination”, they added.

Israeli foreign ministry spokesman Emmanuel Nahshon told IPS, “We do not comment on the issue”.

Relations between Israel and Uganda are said to have strengthened, with areas of bilateral co-operation now including agriculture, health and homeland security.

Darfur has been mired in violence since 2003 when ethnic insurgents rebelled against Khartoum’s Arab- dominated government, complaining of their marginalisation.

Adam’s last memories before he fled his home as a 15-year-old student were of being beaten, his village burning, military aircraft hovering above and “everybody running”. “They didn’t know where they were going,” the 28-year-old, who has deep-set eyes and sounds distinct from the others in a café in downtown Kampala, told IPS.

After two years in Egypt, Adam went to Israel in 2008, spending time in a refugee camp, before living in the community, volunteering for NGOs as a refugees’ rights activist. In May 2014, the interior ministry refused to renew his visa. Instead, they offered Adam a grim choice: return to Darfur, or go to Holot, a detention facility also in southern Israel. “These two hells, I cannot face them’,” said Adam, adding that after surviving genocide, Holot could have meant “the end of my life”.

Adam was surprised and confused when officials told him he would be going the next day to Uganda, a country where he knew no one. He told them “if you want me to leave okay, but you have to guarantee that where I’m going there’s safety and protection.” “They didn’t reply,” he claimed.

With Israeli travel documents and $1,000, he was escorted by police onto a plane carrying three other African asylum seekers, one of them handcuffed after he tried to resist deportation, said Adam. Their papers were confiscated when they arrived at Uganda’s Entebbe airport.

“It’s human trafficking,” Adam emphasised. During his first two days in Uganda, he stayed in a Kampala hotel, allegedly paid for by Israel. But on the third day, once he’d left the lodge, the refugee was arrested and asked to show police identification. Adam couldn’t provide documentation.

“I told them what had happened but they didn’t believe me, because it’s unbelievable to meet someone who has come from Israel without documents,” he said.

He went with other deportees from Israel to request refugee status and a three-month residency permit to use as identification, a difficult process without a Ugandan entry permit. “We said we don’t have any papers. The authorities said ‘we cannot handle a case like this’, said Adam.

He was later given documents and is hoping to get a Ugandan identification card soon, but to get papers allowing him to travel or be resettled, said he would need a recommendation from someone. He wonders if he will ever get a passport.

Today, Adam lives in Kampala with Jamba (name changed), another Darfuri asylum seeker who was sent to Holot after Israeli authorities refused to renew his visa in May 2015, before deporting him to Uganda with a few others. “I don’t normally leave home because I don’t have any documents,” Jamba told IPS, adding he is jobless. He would like to study, but having no documents means the 28-year-old can’t. Through some financial support from friends in Israel, Adam is now studying in Kampala.

“But how long are they going to support you, because they’re also in limbo,” he said.

Adam and Jamba are ambivalent about going home as Israel’s “voluntary” return process doesn’t guarantee that Uganda won’t deport them back to Darfur. At least 300,000 people have died in the conflict there and more than two million displaced, according to the UN, but Khartoum estimates the number is 10,000. If they ever do return, they may be treated as an “enemy” by authorities after living in Israel, who they both partly blame for some of their uncertainty.

“You cannot just take people, dump them in Uganda and then take documents from them…without taking care of them,” said Adam. But he argued, “you need to look at the root cause of the problem and the root cause is the Sudanese government, who started attacking their own”.

According to a December 2015 report by HRM, many Eritrean deportees sent to Rwanda illegally crossed the border to Uganda by force, while some have drowned in the Mediterranean Sea trying to reach Europe, others were detained in Libya and some have been murdered by ISIS.

HRM spokesperson Anat Ovadia-Rosner said the “categorical denial” of the Ugandan government over the scheme was “very alarming and illustrates the disparity between Israel’s assurances and the reality on the ground”.

In November 2015, an Israeli court rejected a petition arguing that those who depart for a third country are at risk of threat or persecution. The Refugee Rights Legal Clinic at Tel Aviv University, HRM and other NGOs have further petitioned the court, with another hearing scheduled for March 15.