OPINION: Central America, Still Caught Up in the Arms Race

In this column, Lina Barrantes Castegnaro, executive director of the Arias Foundation for Peace and Human Progress, denounces the arms race in Central America and calls for the implementation of the Costa Rica Consensus, which urges rich countries to increase development aid to countries that cut military spending.

SAN JOSE, May 25 2016 (IPS) - The recent announcement of the Nicaraguan government’s 80-million-dollar purchase of 50 Russian tanks caught the attention of the press in Latin America and caused alarm in the international community.

The purchase, not an isolated acquisition, is part of an arms race seen in Latin America in recent years.

The rise in military spending stands in contrast to the realities in a poor region like Central America, where the levels of defence spending are as shocking as the poverty rates. 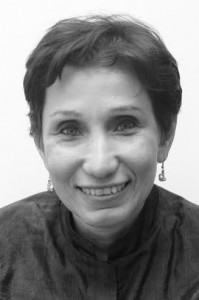 (Costa Rica and Panama, which don’t have armies, do not declare military expenditure.)

While these funds are being spent on weapons, the specter of hunger and underdevelopment hangs over the region. In the 2015 United Nations Development Programme’s Human Development Index , Guatemala ranked 128th, Honduras 131st, El Salvador 116th, Nicaragua 125th and Belize 101st, out of 188 countries.

Costa Rica was in 69th place and Panama 60th.

The worst performers in the region, in the HDI, are Honduras and Guatemala, the two countries with the lowest level of human development in Central America.

That is, the poorer the country, the more the government spends on war toys. But the question is: Who will these toys be used to wage war against?

One possible answer is that the upgrading of weaponry is aimed to give countries the capacity to respond in case of war or invasion. But it’s not clear which war or invasion that might be.

Another hypothesis that could be set forth is that they could be used against the countries’ own citizens deported from the United States, who return after graduating from intensive courses in violence and crime in Latino neighbourhoods.

The UNDP Human Development Report 1994 formally introduced a new concept that had been debated for years in the international arena: if the world spent money on development instead of military expenditure, poverty could be eradicated in just a few years.

From that standpoint, poverty doesn’t just have to do with war, but with military spending itself.

In the period 1987-1994 global military expenditure declined by an estimated 935 billion dollars. Unfortunately, this money did not go towards social spending or development; actually the way these funds were used is not clear.

Spending on armament is deplorable, but it is even more so in the case of poor countries like those of Central America.

For that reason the concept of peace dividends, presented to the world by then Costa Rican president Oscar Arias in 2006 as the “Costa Rica consensus”, is so important.

According to this idea, countries that spend more on development than on death would be given priority when it comes to international financial resources.

Just as the Arms Trade Treaty proposes linking human rights and ethics with military spending, the Costa Rica consensus is aimed at creating mechanisms to condone debt and support, with financial resources, developing countries that spend more on health, education and housing for their people, and less on arms and soldiers.

In other words, the international financial community would reward not only those countries that spend in an orderly fashion, as it does now, but those that spend ethically.

When the Nobel Peace Laureates for Food Security and Peace Alliance was created earlier this month, at U.N. Food and Agriculture Organisation (FAO) headquarters in Rome, Arias proposed taking up the Costa Rica consensus again as an alternative for fighting hunger in the world, to support countries that use their budget funds for the lives of their citizens rather than their deaths.

We hope the day this will happen is not too far off.