Humanitarian Summit: Too Big to Fail? 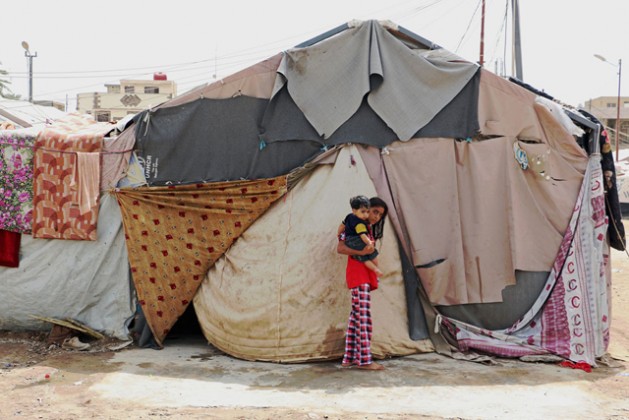 A family living in this tent in Baghdad, Iraq, explains that the camp and the tents were not ready for winter. Credit: WFP/Mohammed Al Bahbahani

ISTANBUL, Turkey, May 23 2016 (IPS) - With a line up of heads of state or government telling all what they did to alleviate human suffering and promising to do more, along with leaders of civil society and humanitarian
organisations denouncing lack of honest political will to act while governments continue spending trillions of dollars in weapons, the two-day World Humanitarian Summit kicked off today May 23 in Istanbul.

In fact, while the United Nations reports that the international community spends today around 25 billion dollars to provide live-saving assistance to 125 million people devastated by wars and natural disasters, the Stockholm International Peace Research Institute (SIPRI). estimates world’s military expenditure in 2015 was over 1.6 trillion dollars.

“Never mind–this Summit is too important to fail,” a high-ranking Asian diplomat on condition of anonymity said to IPS. “The leaders of the richest countries, especially in Europe and the Gulf Arab states, are perfectly aware of the magnitude of the humanitarian challenges facing them,” the diplomat added.

“Some of them will be sincerely sensitive to human suffering; others will be more concerned with their ‘political’ peace of mind… Most industrialised countries, in particular in Europe, are eager that the humanitarian crises are dealt with and solved out of and beyond their borders.”

It is about the fear that this unprecedented crisis, if it grows exponentially as predicted, would inevitably lead to more conflicts and more instability affecting their [those leaders] political and economic welfare, according to the diplomat.

In this regard, the facts before the 5,500 participants in this first-ever World Humanitarian Summit are that over the last years conflicts and natural disasters have led to fast-growing numbers of people in need and a funding gap for humanitarian action of an estimated 15 billion dollars, according to UN estimates. 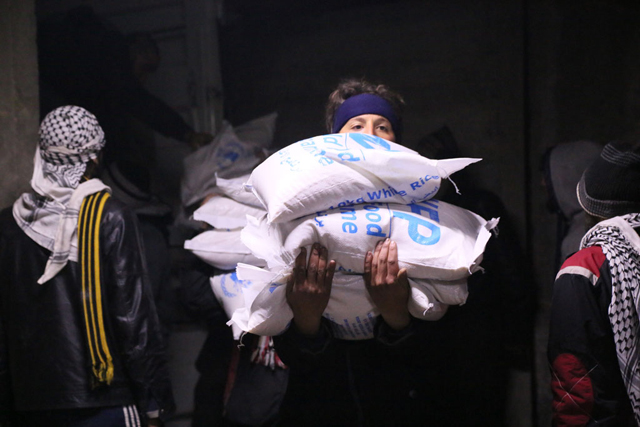 “This is a lot of money, but not out of reach for a world producing 78 trillion dollars of annual Gross Domestic Product,” says the report of a UN promoted high-level panel on humanitarian financing. “Closing the humanitarian financing gap would mean no one having to die or live without dignity for the lack of money,” it adds.

The report addressing the humanitarian financing gap, says that this “would be a victory for humanity at a time when it is much needed.

As part of the preparations for the WHS, the UN Secretary-General had appointed a nine-person panel of experts to work on finding solutions about this widening financial gap.

The panel identified–and examined three important and inter-dependent aspects of the humanitarian financing challenge: reducing the needs, mobilising additional funds through either traditional or innovative mechanisms, and improving the efficiency of humanitarian assistance.

The report is also relevant in the context of adopting the Sustainable Development Goals (SDGs). It states that only by focusing the world’s attention on the rapidly growing numbers of people in desperate need will we be able to achieve the SDGs.

The panel recognises that the best way to deal with growing humanitarian needs is to address their root causes. “This requires a strong determination at the highest level of global political leadership to prevent and resolve conflicts and to increase investment in disaster risk reduction.”

“Because development is the best resilience-builder of all, the panel believes that the world’s scarce resources of official development assistance (ODA) should be used where it matters most—in situations of fragility,” the report concludes.