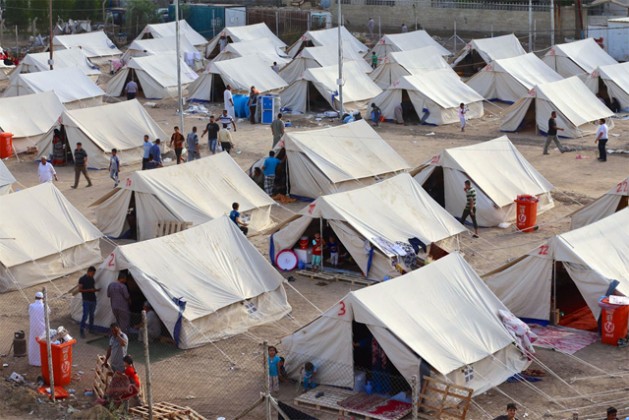 A view of an IDP camp in Al-Jamea, Baghdad, where 97 families from Anbar Governorate have found temporary shelter. Photo: ©UNICEF Iraq/2015/Khuzaie

ROME, May 19 2016 (IPS) - It is true that millions of refugees, especially in Africa and the Middle East, reside in camps. But in all they represent only one-quarter of the total number of refugees.

Meanwhile, more than 1 in 2 of all the world’s refugees live in slums or in informal settlements and on the fringes of cities, in overcrowded neighbourhoods and in areas prone to flooding, sanitation hazards and diseases.

These are some of the facts that United Nations Deputy Secretary-General Jan Eliasson has just revealed basing on data from the UN High Commissioner for Refugees (UNHCR).

“More than half of the world’s refugees live in urban areas, and often in fragile cities with high levels of inequality,” Eliasson warned at a high-level event on ‘Large Movements of Refugees and Migrants: Critical Challenges for Sustainable Urbanization’ held on May 18 at the United Nations headquarters in New York. 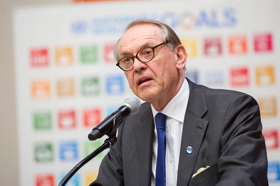 “Every day, millions of refugee children are unable to attend school. Every day, the dignity and well-being of millions of people is compromised due to lack of basic services and job opportunities.”

The drama of millions of refugees, asylum seekers, internally displaced persons, and migrants will be top on the agenda of the first-ever World Humanitarian Summit on May 23-24 in Istanbul, Turkey.

According to Eliasson, among the issues that must be addressed include the causes of forced displacement; the safety of migrants and refugees as they cross international borders; and support for host countries to integrate newcomers into their communities.

The point is that while most of the humanitarian assistance goes to refugees living in camps, the ‘urban refugees’ are largely overlooked, he said.

Eliasson highlighted that in 2009, UNHCR changed its policy and practice towards refugees in cities and towns, and is now working closely with national authorities, municipalities and local communities and authorities to protect urban refugees, respecting their refugee status.

In the same vein, he said that the report of UN Secretary-General Ban Ki-moon, prepared for a summit on refugees and migrants being convened by the General Assembly on 19 September, draws attention to the important role of local authorities, which are at the forefront in providing refugees access to housing, education, health care and employment.

“We should bear in mind that refugees and [internally displaced persons] IDPs often are just a small proportion of those who are swelling the ranks of cities, while the speed of urbanization is getting faster,” the Deputy Secretary-General said.

He noted that it is also important to remember that, even if cities struggle to accommodate large flows of migrants, they also largely benefit from their presence and work, since in many countries in the world, immigrants often take up low-paying jobs and provide services in areas like domestic work, agricultural labour and home care.

No Signs The Flow of Refugees Will Diminish Any Time Soon

“As migrants and refugees continue to arrive – and there are no signs that these flows will diminish any time soon – we must resolve to uphold and implement the principle of every human being’s equal value,” Eliasson stressed. “This is a fundamental human right, never to be compromised.”

The international community, for its part, must be concerned about political rhetoric that stigmatises refugees and migrants, and do “everything possible to counter this false and negative narrative,” the Deputy Secretary-General said.

“We must dispel the myths about migrants and migration which tend to poison the public discourse,” he added. 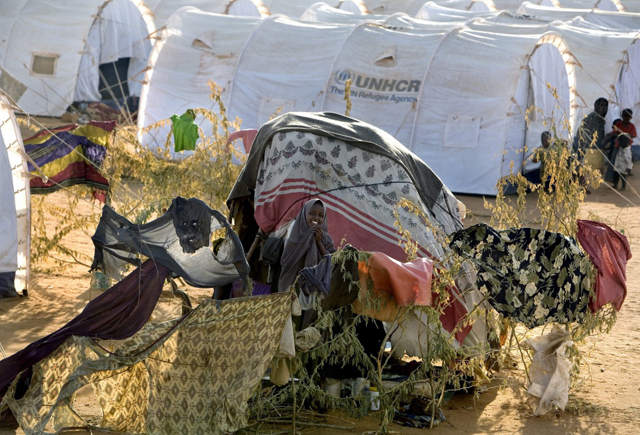 A Half-Billion-Dollar Shortfall in Funds

On the same day, May 18, UNHCR) warned that half a billion dollar shortfall in funds for sheltering refugees is severely undermining efforts to tackle the biggest global displacement crisis since World War II, as it launched a new campaign that calls on the private sector to contribute funds for shelter solutions for two million refugees.

“Shelter is the foundation stone for refugees to survive and recover, and should be considered a non-negotiable human right,” stressed Filippo Grandi, the UN High Commissioner for Refugees.

“As we tackle worldwide displacement on a level not seen since World War II, no refugee should be left outside,” he added.

The Nobody Left Outside campaign is aimed at individuals, companies, foundations and philanthropists worldwide.

At the launch of the campaign, UNHCR underscored that forced displacement, most of it arising from war and conflict, has risen sharply in the past decade, largely as a result of the Syria crisis, but also due to a proliferation of new displacement situations and unresolved old ones.

“A shelter – be it a tent, a makeshift structure or a house – is the basic building block for refugees to survive and recover from the physical and mental effects of violence and persecution,” UNHCR emphasised.

“Yet around the world, millions are struggling to get by in inadequate and often dangerous dwellings, barely able to pay the rent, and putting their lives, dignity and futures at risk.”

The campaign aims to raise funds from the private sector to build or improve shelter for 2 million refugees by 2018, amounting to almost one in eight of the 15.1 million under UNHCR’s remit in mid-2015. The UN Relief and Works Agency (UNRWA) cares for the remaining Palestinian refugees.

“Without a safe place to eat, sleep, study, store belongings and have privacy, the consequences to their health and welfare can be profound.”

The UN refugee agency emphasised that as it continues to face high levels of shelter needs and with limited funding available, operations often face the difficult decision to prioritise emergency shelter for the maximum number of people of concern, over an investment in more durable and sustainable solutions.

Outside of camps, refugees rely on UNHCR support to find housing and pay rent in towns and cities across dozens of countries bordering conflict zones.

These operations are expected to cost 724 million dollars in 2016. Yet only 158 million is currently available, a shortfall that threatens to leave millions of men, women and children without adequate shelter and struggling to rebuild their lives.

UNHCR noted that the private sector is one of its increasingly important donor sources, contributing more than 8 per cent of its overall funding in 2015.