Children of the ‘Others’, Sons of Minor Gods 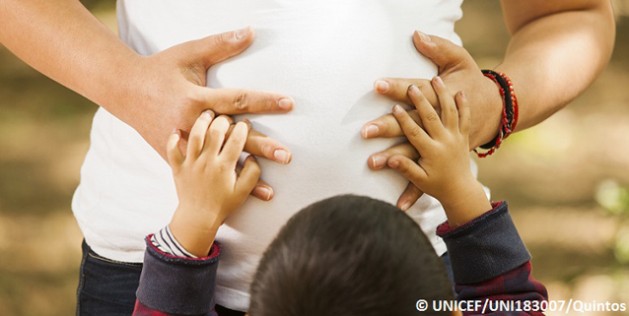 In keeping with the ethos of the United Nations, UNICEF’s mandate was—and still is, to provide aid “without discrimination due to race, creed, nationality, status or political belief.”

It is so that the sole condition made by Maurice Pate upon his appointment as the organisation’s first Executive Director was “that it include all children” from both Allied and “ex-enemy countries.”

Seventy years later, as Europe copes with a refugee crisis not seen since it was founded, the organisation remains an ever-present advocate for children’s rights, UNICEF reminds.

“It is uniquely positioned among humanitarian and development agencies to respond not only to the needs of children displaced by disaster and armed conflict, but also to work for a better future for all children.”

And in spite of the growing shortages of funds to the United Nations system at large, this New York-based organisation strives to alleviate the huge suffering of hundreds of millions of children trapped in wars, violence, abuse, exploitation, smuggling, sexual violations, trade of vital organs and death.

UNICEF believes that there is hope for every child. “The conviction that every child is born with the same inalienable right to a healthy, safe childhood is a constant threat through the history of the organisation. Its continued viability depends on applying past lessons learned to the challenges ahead, and harnessing the power of innovation to solve tomorrow’s problems. “

As envisioned by current executive director Anthony Lake, this will require a “willingness to adapt and find new ways to realise the rights and brighten the futures of the most disadvantaged children around the world.” “UNICEF understands that the spiral of poverty, disease and hunger stifles global development and leads to violations of children’s human rights.” 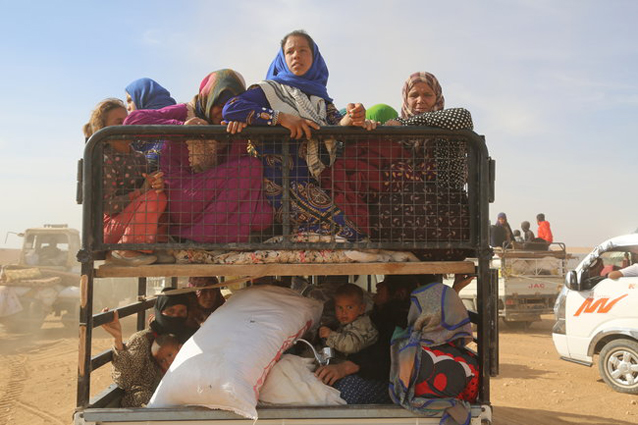 Children and adults fleeing from ISIL-controlled areas in rural Raqqa. More than 5,000 people have fled their homes over the past week to escape the fighting. © UNICEF/UN039551/Soulaiman

So far, so good. But not enough. Recent facts show the increasingly dramatic situation children face worldwide. UNICEF’s Statistics and Monitoring report mentioned in July this year, some key findings:

• 16,000 children die every day, mostly from preventable or treatable causes.

• The births of nearly 230 million children under age 5 worldwide (about one in three) have never been officially recorded, depriving them of their right to a name and nationality.

• 2.4 billion people lack access to improved sanitation, including 946 million who are forced to resort to open defecation for lack of other options.

• Globally, about one third of women aged 20 to 24 were child brides.

• Every 10 minutes, somewhere in the world, an adolescent girl dies as a result of violence.

• Nearly half of all deaths in children under age 5 are attributable to undernutrition. This translates into the unnecessary loss of about 3 million young lives a year.

Marking this year’s UN Universal Children’s Day on 20 November, UNICEF Executive Director said “When we protect their rights, we are not only preventing their suffering. We are not only safeguarding their lives. We are protecting our common future.” 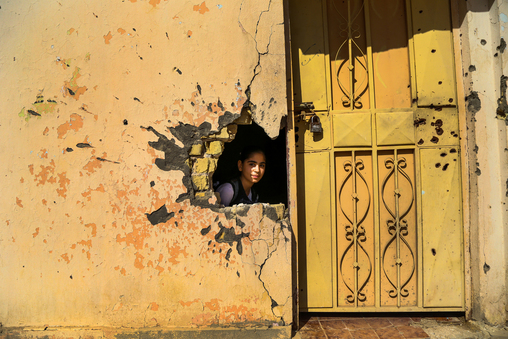 Iraq 2016: A girl looks out through a hole in a wall at a damaged school in Ramadi, in Anbar Governorate – which has been especially hard hit by conflict, violence and internal displacement. Some 3.3 million people in the country are currently displaced and over 10 million are in need of humanitarian assistance as a result of the country’s ongoing crisis. About 1 million school-aged Iraqi children are internally displaced; 70 per cent of them have missed an entire year of education. © UNICEF/UN/Khouzali

20 November also marked the day in 1989 when the UN General Assembly adopted the Convention on the Rights of the Child, a human rights treaty that changed the way children are viewed and treated as human beings with a distinct set of rights instead of as passive objects of care and charity.

Lake called on the world to confront the “uncomfortable truth” that around the planet, the rights of millions of children are being violated every day.

“[Children’s rights are] being violated around the world, in every country, wherever children are the victims of violence, abuse and exploitation, violated wherever they are deprived of an education.”

“[Their rights are violated] wherever they are denied the chance to make the most of their potential simply because of their race, their religion, their gender, their ethnic group, or because they are living with a disability,” he added.

Lake cautioned on the long-term impact of these violations in how children may view the world when they grow up and how they will perceive others’ rights when their own rights are violated.

“These children are the future leaders of their societies […] the future parents and protectors of the next generation.”

UNICEF’s total resources for the period 2014–2017 amount to 26,700.7 million dollars. Please consider that the world spends 1,7 trillion dollars a year on weapons.

In either case, these amounts come out of citizens’ pockets. Should they not choose whether their money should be spent to saving children or producing death machines that kill children, women and men?