Corruption: Promises, But Not Enough Progress from G20 Countries 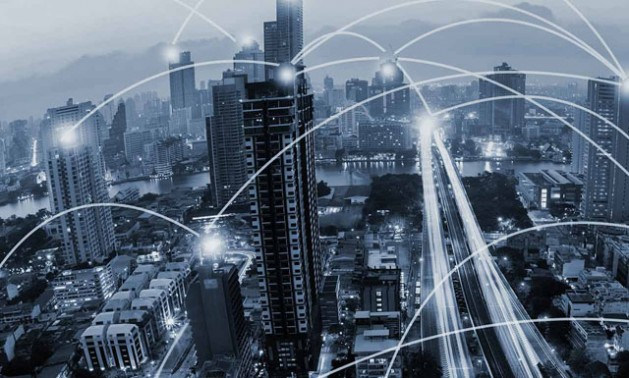 ROME/BERLIN, Feb 27 2017 (IPS) - Open data is a pretty simple concept: governments should publish information about what they do to fight corruption– data that can be freely used, modified and shared by anyone for any purpose, according to two major international anti-corruption watchdogs. This is particularly important in the fight against corruption.

In 2015 the Group of 20 (G20) governments agreed on a set of G20 Anti-Corruption Open Data Principles. These principles aim to make crucial data public specifically because they can help stop corruption, a joint research published by Transparency International (TI) and the Web Foundation has revealed.

Publishing this data would allow civil society to monitor things like the use of public resources and taxes, the awarding of public contracts, and the sources of political party finance, the research underlines, explaining that this would make it easier to hold governments to account and deter criminal activities like bribery and nepotism, adds the research.

“Alongside the overview report, five country-level studies (Brazil, France, Germany, Indonesia and South Africa) revealed a range of shortcomings in national commitments to G20 open data principles. The graphics below summarise the main finding and recommendation for improvement per country.”

Transparency International and the Web Foundation examined the extent to which five G20 countries – Brazil, France, Germany, Indonesia and South Africa – are living up to these principles. There are individual country reports (see below) as well as an overall report.

The basic conclusion: there isn’t enough progress. No country released all the data-sets required, and much of the information proved either hard to find or difficult to use. 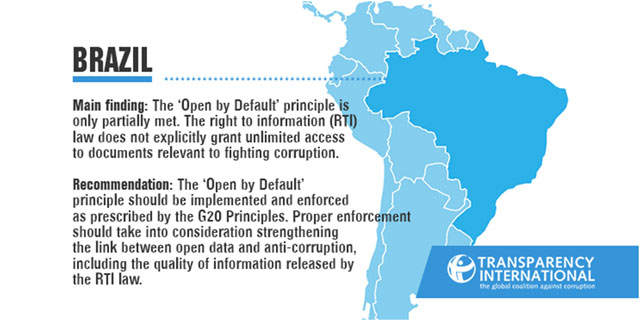 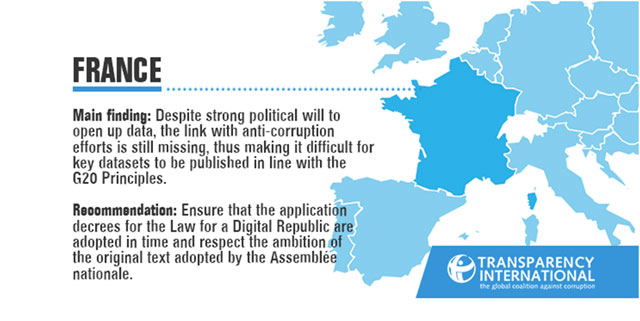 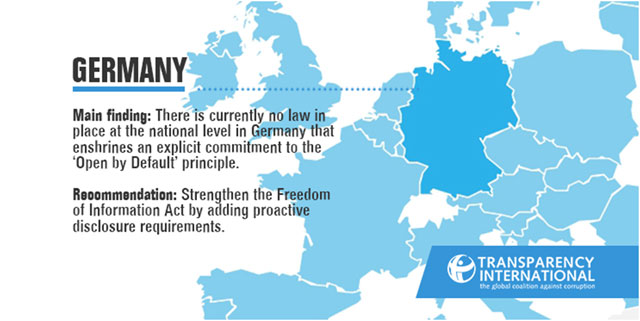 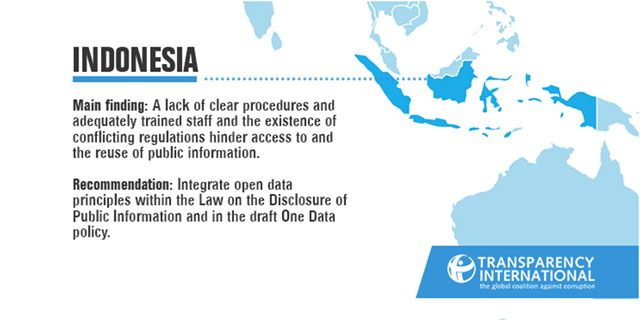 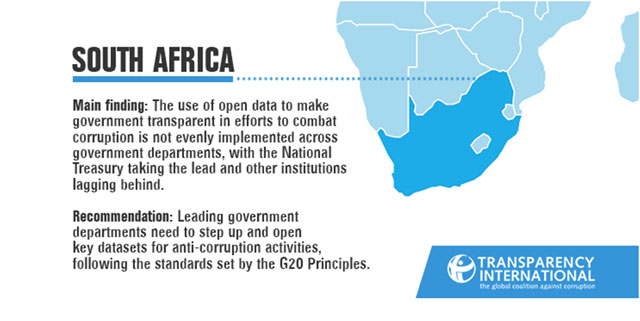