KUALA LAMPUR, Feb 21 2017 (IPS) - Unlike Wikileaks and other exposes, the Panama revelations were carefully managed, if not edited, quite selective, and hence targeted, at least initially. Most observers attribute this to the political agendas of its main sponsors. Nevertheless, the revelations have highlighted some problems associated with illicit financial flows, as well as tax evasion and avoidance, including the role of enabling governments, legislation, legal and accounting firms as well as shell companies. 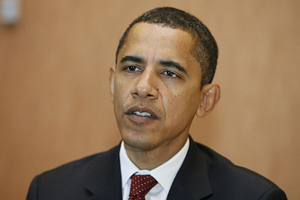 US President Obama criticized ‘poorly designed’ laws for allowing illicit money transfers worldwide. He noted that “Tax avoidance is a big, global problem…a lot of it is legal, but that’s exactly the problem”.

The political tremors generated by the edited release of 1.1 million documents were swift. No one expected Iceland’s prime minister to resign in less than 48 hours, or that the then British prime minister would soon publicly admit that he had benefited from the hidden wealth earned from an opaque offshore company of his late father.

Panama Papers
The Panama Papers help us understand how shell companies and trusts operate. The documents, from the law firm Mossack Fonseca, involved 210,000 legal entities. The Panama-based law firm has worked with some of the world’s biggest banks — including HSBC, Société Générale, Credit Suisse, UBS and Commerzbank — to set up thousands of offshore companies to circumvent tax and law enforcement authorities worldwide.

The accounts enabled by just one law firm in Panama is the tip of a massive iceberg still hidden from public view as many other such firms in different locations provide similar services. High net-worth individuals and corporations have a far greater ability to evade taxes by paying tax advisers, lawyers and accountants, and by opening undeclared companies and financial accounts in low-tax jurisdictions. The expose shows that the firm aided public officials, their cronies and large corporations to avoid taxes.

Not surprisingly, Mossack Fonseca claims it has never been accused or charged in connection with criminal wrongdoing. This only underscores the fact that Panama’s financial regulators, police, judiciary and political system are very much part of the system. Similarly, many clients believe that they have not violated national and international regulations.

‘Offshore’ tax havens
Total global wealth was estimated, by a 2012 Tax Justice Network (TJN) USA report, entitled The Price of Offshore Revisited, at US$231 trillion in mid-2011; this was roughly 3.5 times the global GDP of US$65 trillion in 2011. It conservatively estimated that, of this, US$21 to US$32 trillion of hidden and stolen wealth has been stashed secretly, ‘virtually tax-free’, in and ‘through’ more than 80 secret jurisdictions.

According to Oxfam, at least US$18.5 trillion is hidden in undeclared and untaxed tax havens worldwide, with two thirds in the European Union, and a third in UK-linked sites. After the Panama Papers leak, Oxfam revealed that the top 50 US companies have stashed US$1.38 trillion offshore to minimize US tax exposure. The 50 companies are estimated to have earned some US$4 trillion in profits across the world between 2008 and 2014, but have only paid 26.5 per cent of it in US tax.

In a 5 April 2016 speech, following the US Treasury’s crackdown on corporate tax ‘inversions’, US President Obama criticized ‘poorly designed’ laws for allowing illicit money transfers worldwide. He noted that “Tax avoidance is a big, global problem…a lot of it is legal, but that’s exactly the problem”.

It was also estimated that this costs poor countries over US$100 billion in lost tax revenues every year. Oxfam also found that tax dodging by transnational corporations alone costs the developing world between US$100 to US$160 billion yearly. If ‘profit shifting’ is taken into account, about US$250 to US$300 billion is lost. After all, many countries and institutions actively enable—and profit handsomely from—the theft of massive funds from developing countries.

More so now than ever before, the term ‘offshore’ for tax havens refers less to physical locations than to virtual ones, often involving “networks of legal and quasi-legal entities and arrangements”. Private banking ‘money managers’ provide all needed services — including financial, economic, legal, accounting and insurance services — to facilitate such practices, making fortunes for themselves by doing so. Thousands of shell banks and insurers, 3.5 million paper companies, more than half the world’s registered commercial ships over 100 tons, and tens of thousands of ‘shell’ subsidiaries of giant global banks, accounting firms and various other companies operate from such locations.

Reforming tax havens?
In recent years, amid increased public scrutiny, the global tax haven landscape has changed. The Organization of Economic Cooperation and Development (OECD), the Paris-based club of rich nations, has been developing a global transparency initiative to crack down on tax haven secrecy. But Panama is refusing to participate seriously, with the OECD tax chief calling it a jurisdiction “that welcomes crooks and money launderers”.

To qualify for the OECD’s ‘white list’ of approved jurisdictions, almost 100 countries and other jurisdictions have agreed, since 2014, to impose new modest disclosure requirements for international customers. Hence, the Swiss government has now relaxed confidentiality-cum-secrecy provisions, allowing information sharing about illegal or unauthorized deposits with other countries, subject to certain conditions. Consequently, the world of illegal and unaccounted cash has moved in response.

Facilitating tax evasion
Only a handful of nations have declined to sign on. The most prominent is the US. Another is Panama. As Panama has dodged, delayed and diluted compliance with OECD regulations, many accounts moved to Panama from other signatory tax havens. As Bloomberg noted earlier in 2016, “Panama and the U.S. have at least one thing in common: Neither has agreed to new international standards to make it harder for tax evaders and money launderers to hide their money.”

Rothschild, the centuries-old European financial institution, is now moving the fortunes of wealthy foreign clients out of offshore havens subject to the new international disclosure requirements, to Rothschild-run trusts in Nevada, which are exempt.

It has acknowledged that the US itself is the world’s single greatest tax haven, while the UK plays a disproportionately greater role as a tax haven, considering the smaller size of its population and economy. A TJN study found that the US continues to facilitate financial secrecy and tax evasion. “Due to lax requirements…, it is far easier to set up an anonymous shell company in the US than it is in well-known tax havens”, according to the Financial Transparency Coalition.

The US does not accept a lot of international standards, and can get away with it because of its economic and political clout, but is probably the only country that can continue to do that. It has taken steps to keep track of American assets abroad, but not of foreign assets in the US.