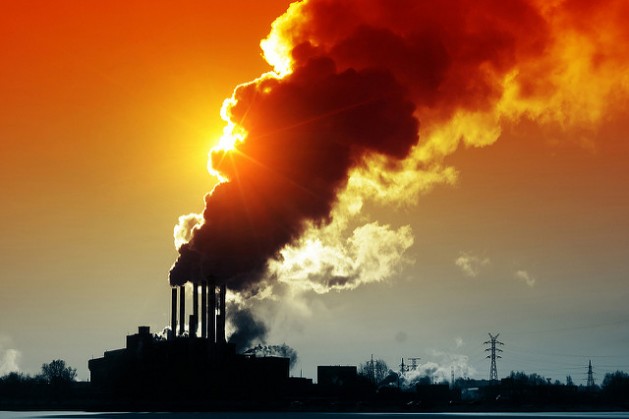 BERLIN, May 22 2017 (IPS) - In a last-ditch effort, Germany and China are trying to influence the United States not to walk away from the Paris climate change accord it signed along with 194 nations.

In December 2015, nearly every country committed to take action to reduce planet-warming emissions.

"The US may try to renegotiate the terms of the agreement. Other countries have to be very clear that they are defending the integrity of the accord and would not accept reduced US commitments." --Lutz Weischer

“We are trying to influence the US through different channels and people, at the foreign ministry level to the EPA and even the Chancellor [Angela Merkel] has repeatedly called up President [Donald] Trump to remain in this landmark agreement,” said German Environment Minister Barbara Hendricks at the two-day 8th Petersberg Climate Dialogue being held in Berlin.

Terming the Paris Agreement a “hard-won milestone”, the Chinese special envoy Xie Zhenhua said his country was “true to word and resolute in deed”. Like his German counterpart, he too reiterated that all signatories should “stick to it” and “not retreat”. China is resolute in its commitment, he said and added the need for transparency to “build mutual trust and confidence” was also paramount.

At the same time, both countries gave a positive signal of what they were doing to reduce carbon emissions, with Hendricks emphasizing on the need to work on the “ecological technologies of the future” in the sectors of transport, infrastructure development and grids. They talked about the advances made in the renewable energy sector, the dire need for phasing out coal and the baby steps made towards electric cars.

Hendricks said future climate action would require farsightedness, political courage, intelligent regulations and getting corporations on board. “We do not have a blueprint as yet” but countries are ready to ride the wave of enthusiasm although with some reservations but all for “prosperity in the long term”.

She also said it was prudent to mainstream climate action in all economic, fiscal even health policies. “The ball is in the court of national governments,” she said adding: “Actions should speak louder than words.”

But despite so much commitment, the air of uncertainty continues to loom heavy over all climate talks as President Trump mulls over his “big decision”.

Dr Ralph Bodle, a senior fellow and coordinator of Ecologic, a Berlin based think tank on environment, was recently in Bonn helping ministers and diplomats from nearly 200 countries to hammer out a “rule book” to say who should do what, by when, how and with what financial support, thereby putting the Paris Climate Agreement into practice.

He, too, conceded that there was concern over Trump’s decision during the 11-day intersessional climate talks. Bodle believed the Paris Accord “will live or fail with political will”.

It is expected the US president will announce a final decision after his return from Taormina, in Sicily, where he will attend the 43rd G7 Summit and where he will be pressured by other countries to give in.

In March, Trump had threatened to pull out of the accord and roll back the widely- supported climate policies of former president Barack Obama, whose administration set a target of a 26-28 percent reduction in emissions by 2025, based in 2005 levels. He had declared an end to the “war on coal”, signed an executive order that removed several restrictions on fossil fuel production and removed barriers to the Keystone XL and Dakota Access pipelines.

Before leaving office, Obama had transferred one billion dollars to the U.N.’s Green Climate Fund and pledged billions more to the fund through the Paris deal, which has not been taken well by Trump.

He has said the US was “paying disproportionately” and that they “got taken to the cleaners financially”. It is unclear whether Trump will honour those financial commitments.

In addition, he has gathered around him climate deniers. Take Scott Pruitt, the environment chief, for instance, who has gone on record saying global warming is not caused by emissions from fossil fuels.

Not everyone is sure whether it’s better to have Trump in or out.

“If Trump poses conditions for the US staying in the Paris Agreement, depending on the conditions, they could cause damage to the accord,” said Lutz Weischer from Germanwatch. He suspects the “US may try to renegotiate the terms of the agreement. Other countries have to be very clear that they are defending the integrity of the accord and would not accept reduced US commitments.”

There are others who also say that the withdrawal may have implications for the US-China relationship. President Xi Jinping has publicly hinted at his desire for the US to remain in it despite a tweet by Trump saying climate change was a Chinese conspiracy.

During the campaign, he claimed on Twitter that the concept of global warming was created by and for the Chinese in order to make U.S. manufacturing non-competitive.

According to Weischer, there are three important gaps that China is looking at — climate diplomacy, emissions and financing.”It knows it cannot fill the void all by itself and without the US on its side.” But if things take a turn for the worse, China will forge alliances with the EU and Canada. As for the financing gap, Weischer said “even that loss can be assuaged if all other countries stick to their commitments, at least for the next four years.”

But even if the US decides to pull out there are other countries who have reaffirmed their commitment which could, in fact be, a “reaction to the US”, said Weischer, who heads international climate policy at Germanwatch. He said it was more important to keep that momentum with actions being taken on the ground.

Even within the US, there are several states and even big corporations who want the US to have the seat at the table. “And even within the White House there are various camps on the issue,” he noted.

The next Conference of Parties to the climate framework (COP23), to be held this November, will be organized by Fiji, but hosted by Bonn.