ROME, Jun 27 2017 (IPS) - It is no secret that the biggest responsible for climate change is greed. The greed of the world’s largest private corporations, which blindly seek unlimited high financial benefits. And the greed of those politicians who are also blindly keen about holding their temporary power at any cost, thus not daring to challenge big business. Ordinary people can meanwhile help slow down such a hellish race.

For instance, food waste has become a dangerous habit: buying more than we need at supermarkets, letting fruits and vegetables spoil at home, or ordering more than we can eat at restaurants. This way, each year, about one third of the food we produce globally is lost or wasted.

This is what the United Nations over and again tells. The point is that humans are apparently not paying real attention to help avoid such a huge food waste and loss, while lamenting that hunger and poverty are again breaking records in several parts of the world, often due to man-made disasters caused by excessive and even voracious consumption.

9 Tips for Reducing Food Waste
• Start small – Take smaller portions at home or share large dishes at restaurants.
• Leave nothing behind – Keep your leftovers for another meal or use them in a different dish.
• Buy only what you need – Be smart with your shopping. Make a list of what you need and stick to it. Don’t buy more than you can use.
• Don’t be prejudiced - Buy “ugly” or irregularly shaped fruits and vegetables that are just as good but look a little different.
• Check your fridge – Store food between 1 and 5 degrees Celsius for maximum freshness and shelf-life.
• First in, first out – Try using produce that you had bought previously and, when you stack up your fridge and cupboards, move older products to the front and place newer ones in the back.
• Understand dates - “Use by” indicates a date by which the food is safe to be eaten, while “best before” means the food’s quality is best prior to that date, but it is still safe for consumption after it. Another date mark that you can find on food packages is the “Sell by” date, which is helpful for stock rotation by manufacturers and retailers.
• Compost – Some food waste might be unavoidable, so why not set up a compost bin!
• Donate the surplus – Sharing is caring.

The facts about food waste and loss are bold. In developing countries, a large part of food –40 per cent– is lost at the harvest or processing stage, the Rome-based UN Food and Agriculture Organization (FAO) reports. This is called “food loss.”

Meantime, in developed countries, this same percentage –40 per cent– is lost at the consumer or retail stage, throwing away food that is not bought at stores or food that is not eaten at home, restaurants and cafeterias. This is called “food waste.”

In short, every year, an estimated 1.3 billion tonnes of the food produced for human consumption worldwide is lost or wasted.

“We have formed habits that hurt our world and put extra strain on our natural resources. When we waste food, we waste the labour, money and precious resources (like seeds, water, feed, etc.) that go into making the food, not to mention the resources that go into transporting it,” the UN agency reminds.

And it is an excess in an age where almost a billion people go hungry, and represents a waste of the labour, water, energy, land and other inputs that went into producing that food.

In industrialised countries, significant waste occurs at the consumption stage, while in low-income countries, food losses take place primarily during the early and middle stages of the supply chain, according to FAO.

At the same time, the losses incurred in developing countries are largely due to infrastructural constraints related to poor transport, storage, processing and packaging facilities, in addition to capacity gaps that result in inefficient production, harvesting, processing and transport of food.

Depending on the commodity and the local context, these activities –which are key to reducing losses– are often carried out by smallholder farmers or other actors operating close to the farm-gate, such as traders, collectors, agro-processors and marketing cooperatives, the UN specialised body adds.

One reason is that it is difficult for smallholders to ensure efficient delivery of produce to buyers because of their small-sized operations and their vulnerability when faced with environmental and market fluctuations.

This situation contributes not only to food loss, but also to higher transaction costs, loss of income and increased food insecurity, reinforcing the overall argument for supporting producer organisations that foster the collective capacity of smallholder operations. 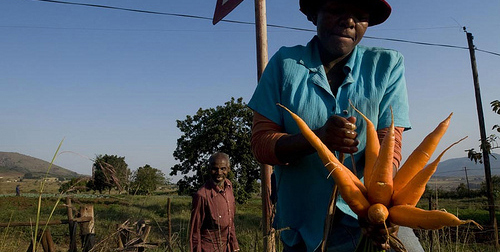 Some countries have already taken political decisions to institutionalise the efforts of fighting hunger and food waste. Such is the case of the United Arab Emirates (UAE), which has at the beginning of this year launched the UAE Food Bank.

Though it, the UAE has confirmed its political will to institutionally fight hunger and food waste, which will lead the regional efforts in managing food loss and food waste.

The newly established UAE Food Bank will gather many stakeholders to collect excess food from hotels, supermarkets, restaurants and farms. It will store and package the food for distribution, while inedible food will be recycled for different usages, including but not limited to animal feed and fertilisers. 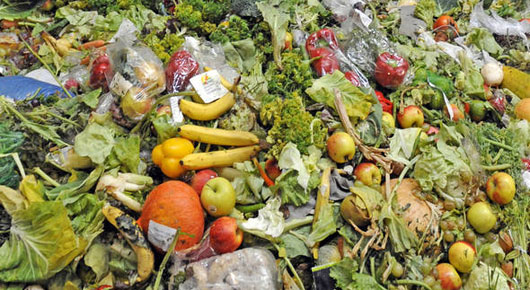 Food loss and waste in NENA are estimated at up to 250kg per person and over $60 billion USD annually. The social, economic, and environmental impacts are serious for a region which relies heavily on global food imports, has limited potential to increase food production, and faces scarcity of water and arable land. Reducing food losses and waste is vital for sustainable food systems and regional food security. Credit: FAO

Food loss and waste in Near East North Africa region is estimated at up to 250 kilogrammes per person and over 60 billion dollars annually, thus the reduction of food losses and waste is vital for sustainable food systems and regional food security.

Meanwhile, bad habits can change, global warming can be slowed down, also at the individual level.