Let’s Harness the Egalitarian Spirit of Sport for Global Cohesion 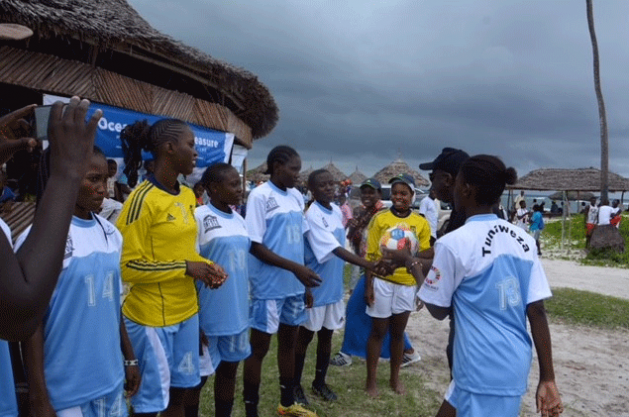 In his message to the world the UN Secretary General, Mr Antonio Guterres remarked, “When we achieve human rights and human dignity for all people – they will build a peaceful, sustainable and just world”.

Consider this. On assuming the presidency, one political masterstroke by the late Nelson Mandela was his use of sports to foster the country’s healing process. As hosts of the 2010 World Cup, white and black fans stood and cheered the country’s team together, forgetting past antagonisms.

Mandela said, “Sport can create hope where there was once only despair. It is more powerful than governments in breaking down racial barriers. Sport has power to change the world.”

Sport eliminates barriers and stereotypes in a way few other human endeavors do, rendering innocuous differences in gender, religion, and cultures, and uplifting the importance of team work, discipline and rules of the game for a team to score and win. It is the ideal opportunity to teach team-building, peace and appreciation of the other person’s qualities and abilities.

A team implies a group of people linked to a common purpose. Though human beings learn and work together various professional and personal settings, sports and games strengthen human ties most, endearing most effectively the pain or joy of losing or winning.

That team spirit and a belief in promoting peace, justice, happiness for the whole of humanity are what define us at the United Nations. That is what drives what we do to attain the United Nations Sustainable Development Goals.

The values of sports are universal. Olympism is a philosophy that combines the qualities of body, mind and spirit. Blending sports with culture and education, Olympism seeks to create a way of life based on the joy found in effort, the educational values of good example and respect for universal fundamental ethical principles.

This is especially relevant today in a world where values are increasingly under threat, with wars, violent extremism, especially gender-based violence and civil conflicts becoming the order of the day.

Research has provided evidence of the benefits and outcomes of physical education and sports in schools, for both children and for educational systems, which include children’s physical, lifestyle, affective, social and cognitive development.

According to data from the Education for all Global Monitoring Report 2015, the number of children enrolled in primary schools in Sub-Saharan Africa rose by 75 % to 144 million between 1999 and 2012, and this is attributed partly to the abolition of school fees in countries like Ethiopia, Ghana and Kenya, as well as to an increase in the number of teachers.

This is a population that is a potentially powerful force for cohesion if all these schools have compulsory physical education class.

At UNESCO, Values Education contributes to the development of self-confidence, healthy lifestyle choices, life skills, and an understanding of rules and rights. Values-based education is at the heart of the Kenya Curriculum Reform, supported jointly by UNESCO and UNICEF.

Sport is often seen as of secondary importance to the traditional or ‘legacy’ subjects. However, sensitizing young people to the universal values of sport, such as fairness, inclusion, equality and respect, can equip them with the knowledge and skills needed for the SDG 4 on ensuring inclusive and equitable quality education and promote lifelong learning opportunities for all.

In East Africa, UNESCO together with members of the UN family is working tirelessly to build a culture of peace, human rights, gender equality and to tackle the social and human dimensions of climate change among other initiatives seeking social transformations for human dignity. Towards these values, we work with youth through sports and cultural activities to unleash their potential and make their dreams possible to achieve.

As enablers of youth growth and development, sport and social actions can lead to raising of awareness of other topics, like gender, domestic violence, drug abuse, breaking stereotypes, religion, race and identity.

Our imagination is the only limit to what sports can achieve for humanity. In a remarkable feat, during the 2016 Rio Olympics Games, a team of Refugees, comprising of 10 members from Democratic Republic of the Congo, Ethiopia, South Sudan and Syria, used sports to break the cycle of poverty, hopelessness and to give courage to millions of people around the world about the power of will, discipline, excellence, solidarity and hard work. Through Sport, the team became the heroes, powerful and inspirational stories of triumph over adversity.

As we celebrate UN day today, our shoulders are squared for the task of giving our youth the tools they need to live happy, fulfilled lives, thus cascade their inner and outer healthy state of beings to a greater human and global cause.