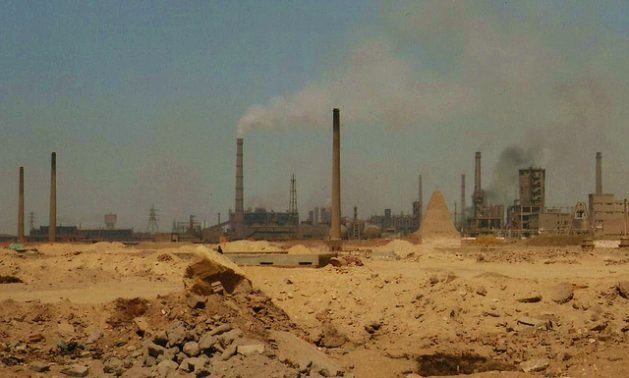 ABU DHABI, Nov 20 2017 (IPS) - The world’s nations got together in Bonn, Germany, for the 23rd annual Conference of the Parties (COP) under the UN Framework Convention on Climate Change (UNFCCC), where nearly 200 countries and some 23, 000 delegates met to discuss and influence the negotiations over the rulebook of the Paris Agreement.

The agreement, reached at the COP21 in Paris, brought 195 countries together to adopt the first-ever legally binding global agreement to deal with climate changes through mitigations and financial policies starting in the year 2020.

This is why, COP23, the climate negotiations held in Bonn and which concluded November 18, proved to be extremely technical – the Paris agreement was essentially what a constitution is to a new regime and now, it was time to pass the laws.

And where there is law-making, there are lobbyists.

Both nongovernmental organizations (NGOs) and industry representatives lobbied at COP but not for the same things – businesses have become ever more involved in the UN climate process and this has led to some uncomfortable interactions between the two groups.

A recently published report by Corporate Accountability International (CAI) found that energy industries are, in fact, some of the most powerful lobbyists at climate talks such as COP.

“Big Polluters like oil, gas, coal, and agricultural transnational corporations (TNCs) are not only the largest emitters; their climate denial, lobbying, and policy interference make these industries one of the primary obstacles to sound climate policy at the local, national, and international levels,” states the CAI report, Polluting Paris.

For almost as long as the UNFCCC has existed, the same industries whose profits depend on the burning of oil, coal, and gas have been permitted to bankroll the UN climate talks, it elaborated.

This has long been a contentious issue because it allows some of the corporations to write checks to bolster the COP Presidency’s budget, provide services such as cars for delegates, or even build the negotiating halls where world leaders gather to address climate change.

For instance, during COP17 in Durban, corporations were given a choice by the South African government to fund entertaining jazz concerts, fancy gala dinners, or a lounge.

The British-South African mining giant, Anglo American, sponsored a number of keynote events, including the official opening ceremony and also co-hosted a cocktail rception hand in hand with the South African government, during which its chief executive warned that an energy future without coal is not an option.

The football-stadium-turned-conference-center where the talks took place during COP19 in Warsaw was covered in corporate logos, including PGE and LOTOS, both majority state-owned coal and oil companies. Not only did the Polish government co-organize the “International Coal and Climate Summit” alongside the industry-funded World Coal Association, they also used their official COP19 website to push for oil drilling in the Arctic (which LOTOS is involved in).

Poland will also host COP24 in 2018, when the guidelines and procedures for implementation of the Paris Agreement will be agreed upon.

However, after years of pressure from advocates and civil society, a call for a conflict of interest policy that ensures that participants with interests at odds with the objectives of the UNFCCC to not be invited to participate was finally culminated at the climate change conference held ahead of this year’s COP in Bonn in May.

Yet when, Fiji, the first small-island developing country to preside over these climate talks, understandably so established a trust fund to raise US 26 million to help to finance this COP23 and was actively requesting financial support, numerous fossil fuel based corporations and developed countries wrote cheques.

These include Fiji Airways, which then also sported the COP23 logo on one of its planes as well as Australia, Japan, the EU and even the US that has infamously decided to pull out of the Paris agreement and had reneged on its financial contributions to the UNFCCC or the Green Climate Fund, which aims to help countries like Fiji respond to climate change.

“The dirtiest polluters have long used their sponsorship of climate talks as part of a PR strategy to pretend they are part of the solution,” says Pascoe Sabido, Corporate Europe Observatory. “By sponsoring these talks, a Big Polluter can prop itself up as a legitimate actor, which in turn makes politicians more receptive to its deceptive lobbying”

This, he adds, swings the door open even wider for Big Polluters to expand their influence over climate policy.

Exxon Mobil, BP, and Chevron, for example, have all previously pledged their support for the Paris accord and even released statements to show their disagreement with Trump’s decision to default from the agreement.

But the fossil fuel industry has, in fact, known for decades that its products and practices were a danger to the planet – only 25 fossil fuel producers are responsible for over half of global emissions, according to a Carbon Majors Report.

But the industry giants have secured a seat at the head of the international climate policymaking table, elaborates the CAI report.

Since corporations are able to effectively buy their way into high-level events attended by world climate leaders, sponsorship itself often directly provides them with the lobbying prospects they need to undermine climate policy.

At UNFCCC, these fossil fuel TNCs then exploit the climate crisis by hijacking the talks, stifling ambition, pushing false solutions, and blocking the financing (and therefore withholding the availability) of real solutions, according to the report.

During COP23, for example, during a roundtable discussion on non-market approaches to implement the Paris Agreement, the Ukrainian delegation rolled out a proposal for the creation of a new permanent subsidiary body that would be called ‘Committee for Future’. This committee would place energy companies directly between the international climate negotiations and their national implementation.

The Ukrainian presenter of the proposal stated that “the Committee for the Future functions in between the global UNFCCC and national [climate plans and] allows direct participation of the corporates. US energy majors and other non-state actors will be brought to the UN table.”

In the lead-up to COP23, the US Secretary of Energy, Rick Perry, had struck an $80 million dollar deal to ship 700,000 tons of thermal coal to Ukraine by the end of the year.

In fact, the Trump administration in the US is, perhaps, the most relevant example of how this industry –puppet-show plays out.

“Who can doubt, for example, that the failure of the United States to secure domestic climate legislation, or ratify the Kyoto Protocol or the Paris Agreement, is largely the result of industry interference?” asks the CAI report.

And it is not just the US, many of these UNFCCC-accredited organizations publicly declare support for the Paris Agreement and climate policy more broadly but an in-depth look at who constitute their board of directors and where their money goes shows otherwise.

For example, the Business Council of Australia (BCA) member base is made up of 127 CEOs from Australia’s largest and wealthiest corporations and BusinessEurope’s membership and leadership also includes many polluting corporations yet both have aggressively obstructed climate policy initiatives for years.

This in no way, undermines the role of the UNFCCC and the Paris Agreement – according to Corporate Accountability, without UNFCC, these Global North governments are left free to do what they want while the rest of the world, especially Global South countries, low-income communities, people of colour, women, and children continue to pay the price.

World governments are again slated to take up the issue of conflicts of interest at the climate talks in May 2018.

“Fossil fuels must be left in the ground and Big Polluters must be delinked from the climate talks. To do this, we must end the corporate capture of the UNFCCC,” says Nnimmo Bassey, from Health of Mother Earth Foundation.

The only way Parties to the UNFCCC, it seems, can develop and implement real solutions to climate change is if those working on behalf of Big Oil, Coal, Gas and other Big Polluters aren’t allowed to weaken the guidelines world governments are currently developing for implementation of the Paris Agreement,