Sustainable Food Systems; Why We do Not Need New Recipes

ROME, May 14 2018 (IPS) - Many believe that the food and agricultural sector is different to all other economic sectors, that it is unique, and that it requires special economic models to thrive. After all, we expect the global food and agricultural system to respond to many different goals. It needs to deliver abundant, safe, and nutritious food. It needs to create employment in rural areas while protecting forests and wildlife, improving landscapes, and preventing climate change through lower food production emissions. Well-functioning food systems are also considered essential for social stability and conflict prevention. In fact many politicians today go as far as to argue that food systems need to thrive so as to stem rural-to-urban migration and the cross-border flow of desperate people fleeing food insecure nations. 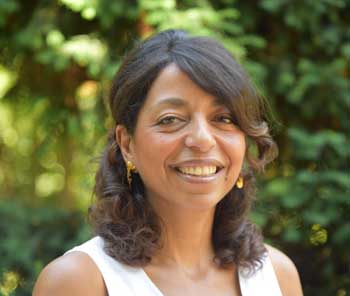 This sounds like a tall order, sufficient to make of food and agriculture an economic sector apart. Add to this mix that some want the agricultural sector to deliver energy in the form biomass and biofuels, and not just food, and you seem to have an almost impossible set of goals.

But let us take a minute to work through all of this. Is there any economic sector of which we do not expect abundance, safety, employment generation and environmental protection? Do we not expect, for example, when our cars are manufactured that there be a sufficient number of them to meet demand, that they be safe and generate employment, and that they not pollute either during their production or use? Do we not expect when cars or other manufactured products are produced, that our economies grow while delivering greater peace and security in the process?

But there is something about food that makes any discussion of it emotional. According to the Food and Agriculture Organization, 815 million people are chronically undernourished. This figure is as unacceptable as it is alarming, and is certainly cause for immediate action. However, what this number does not call for is a misdiagnosis.

An emotional response to what is a troubling reality is the last thing we need. Doubling down on government intervention to pick winners and losers in the food sector, or to create an ‘industrial policy’ for agriculture, would be a mistake. It would prevent market signals from functioning properly. In fact, the answer to current food insecurity is to double down on economic growth, pursuing it even more aggressively.

Clearly some social protection is needed as this transition occurs. While people do not die of a lack of cars, they do die of a lack of food. But social protection must be managed carefully. The safety nets must be targeted to those in need, must not create complacency and slow the pace of economic reform, and, above all, food aid must not grow into an industry of its own, with the associated vested interests that would make it impossible to dismantle.

I have worked on international trade issues for decades where I have watched some of the world’s most developed nations refuse to reduce their agricultural subsidies and escalating tariffs that inflict daily harm on the developing world’s agricultural sector. A beggar thy neighbour approach. In the same arena, I have watched many developing countries refuse to open their markets to imported food, making food more expensive for the poorest segments of their population. These are all examples of the unfortunate application of an industrial policy to food.

I have also worked extensively in the area of food aid. While I have seen this aid come to the rescue of millions of people in dire need, I have also seen it create dependence and delay desperately needed economic reforms. I now work on polar issues, where I am watching scientists in Antarctica harvest their first crop of vegetables grown without earth, daylight or pesticides as part of a project designed to cultivate fresh food where we would have previously thought impossible.

My message is this, let us apply simple economics to food and agriculture and not invent new industrial policy recipes for this sector every day. Let us also keep a watchful eye on where technology can take us. Research and development may well take this sector towards a very different future.

*Doaa Abdel-Motaal is former Executive Director of the Rockefeller Foundation Economic Council on Planetary Health, former Chief of Staff of the International Fund for Agricultural Development, and former Deputy Chief of Staff of the World Trade Organization. She is the author of “Antarctica, the Battle for the Seventh Continent.”